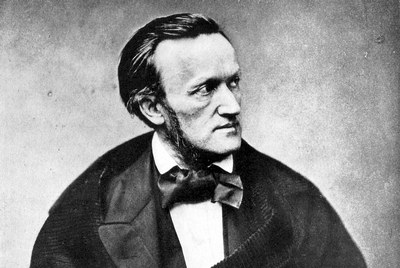 Once in 1855 Wilhelm Richard Wagner gave a concert in London. The genious Master, who was well-known as the great reformer of the Opera music, conducted his orchestra from memory. Thus, without any notes, maestro managed to perform several symphonies of Beethoven himself.

The public of London turned out to be quite conservative and people considered that unprecedented kind of conduction an orchestra from memory to be simply very inappropriate bravado, that was why the viewers showed no admiration for Wagner’s gorgeous performance.

The next concert (in which by the way Wagner’s own works were performed) at the beginning of the concert the maestro put a score in front of him. Since this time the conductor did everything as he was supposed to do, after the performance all the viewers generously awarded him with thunderous applause. Maestro made a bow in front of grateful public and went backstage. When people came up to the conductor’s stand and paid attention to the score, it turned out that it was upside down! And after several seconds of examining it, the curious public recognized notes of the famous Rossini’s ‘The Barber of Siberia’.