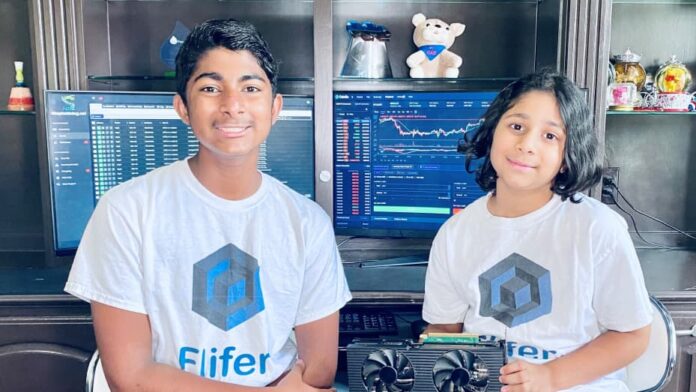 With the recent surge in the value of cryptocurrencies and non-fungible tokens, many regret why they did not invest in these when their prices were still low.

Many frowned on cryptocurrencies and non-fungible tokens during their early beginning, putting out of the table the option to invest due to talk of these being scams, or having no value at all. Flash forward to the late 2010s; despite their inherent volatility and risk, NFTs and especially cryptocurrency attracted more people. The two had skyrocketing popularity, paving the way for a surge in valuation, leaving some of those who frowned on them in shock, disbelief, regret, and what-ifs. And in recent months, these “investments” once again stirred up the media and those in the financial sector when the prices of Bitcoin and other popular cryptocurrencies surged and then slumped again, wiping off thousands in values, and therefore slightly devaluing them.  However, even these happenings could not temper the increasing following of cryptocurrencies. While many sell their cryptos and tokens, some buy them, not letting their “second chance” slide. They saw this slump and lower prices as the sign of investing in these volatile but potentially and extremely profitable (if managed correctly) investments.

But adults are not the only ones hooked on crypto and NFTs; even some teenagers realized the value of such investment. Who would forget the famous crypto investor named Erick Fineman? He started investing in Bitcoin at the age of 11 when its price was still $12. And now, even before he turns 20, he is already a millionaire. This cryptocurrency story of Fineman motivated many people, and many kids and teenagers are now starting their cryptocurrency and NFT luck.

It may take us some years before we see the next teenager crypto or NFT millionaire; however, there are already kids and teenagers making a name for themselves, NFT and crypto-savvy young ones who are earning thousands of bucks. Their earnings might pale in comparison to some adults; however, their earnings are in no way small and considering their age, it just made the whole thing more laudable. So, in this article, we will feature 5 Amazing and Extraordinary NFT and Crypto-Savvy Kids and Teenagers who are now earning a lot.

First on our list is a 12-year-old art and NFT-savvy kid who is earning while doing something he loves and something that does not pressure him. While Benyamin Ahmed might look like your typical 12-year-old kid, he is actually not. Like other kids, he also studies, plays sports, and enjoys different activities whenever he has free time. But what sets him from other kids of his age is his talent in coding and finance. Unlike his peers, Ahmed already earned £290,000 or around $384 830 while doing something that he loves. The amount he made is not a small one, and considering his age, Benyamin Ahmed becomes more remarkable, which proves that he is indeed an amazing and extraordinary teenager.

The NFT-savvy Benyamin of London made his £290,000 during the holidays by selling NFTs and pixelated artworks called Weird Whales, which he created through codes and programs. And while he shares his NFT and pixelated art hobby on YouTube alongside his other activities such as taekwondo and swimming, his classmates are still unaware of his newfound “treasure of NFT-wealth.”

But Benyamin did not get the coding skill overnight; alongside his brother, Yousef, they learned coding for years. Benyamin’s software developer father, Imran, taught the kids codes at the age of five and six, respectively. From there on, they took off and managed to get where they are today.

People could only conclude that Benyamin smartly used the NFT technology. Through NFTs, digital artworks such as the pixelated art that Benyamin made can be “tokenized.” These “tokenized” artworks will then create a digital certificate of ownership that creators like Benyamin can sell to earn. However, these digital certificates do not present the actual artwork to the seller or give them the copyright. Furthermore, he does not own a traditional bank account; instead, he keeps his earnings in a digital wallet in the form of Ethereum-which is the currency where his artworks are being sold. This means that his earnings’ value could go up and down depending on the situation.

Teenagers of today are really different from the teenagers of years ago. The second person on our list is a 15-year-old kid from Australia who is passionate about his studies, hobbies, and cryptocurrencies.

A surfing enthusiast who part-time as a surf instructor, Sam is really a dedicated and passionate teenager who is way ahead of people of his age. While his part-time produced some bucks for him, he also realized that investing is something that could serve as an additional money source. But he did not invest in stocks, bonds, funds, or other securities; instead, he invested in cryptocurrencies. Through an account set up under his father’s name, he was able to invest in cryptocurrencies such as Bitcoin.

Though various agencies warned the public about the danger of investing in cryptocurrencies, Sam took the risk, and it paid off. The crypto-savvy teenager earned US$10000 or roughly US$7175 from his initial investment of AU$1500. He definitely lost some in other cryptocurrencies, but his earnings in the others offset this loss.

Sam’s earnings are not because of luck. He made a huge effort to educate himself and learn from his classmates’ advice and trade tips. He also regularly checks cryptocurrency prices, even on the bus, which shows how serious he took crypto investing. This learning dedication and investment success at a young age is what makes Sam an amazing and extraordinary teenager.

The third entry in this list is shared between siblings. Ishaan Takur and Anya Takur must be the most prominent crypto-savvy persons on this list; they garnered media attention due to the sheer value of their earnings from cryptocurrency.

Driven by the urge to learn something new while earning at the same time made the 14-year-old Ishaan and the 9-year-old Aanya of Frisco, Texas to pursue a cryptocurrency business. Though Ishaan is still a freshman in high school and Aanya is in fourth grade in elementary school, they already realized the value of money.

The siblings had to learn how to mine cryptocurrencies to have this sheer amount of earning. And this is the part where they proved to be extraordinary individuals. Mining cryptocurrencies is not an easy feat; it requires dedication, knowledge of codes and computer programs, and equipment. And the siblings invested time and effort to learn these things. They watched YouTube videos and tutorials, searched the internet, and looked for information related to what they wanted to do. Ishaan even converted his gaming computer into an Ether mining rig, which was worth it.

The two started mining Ether since mining Bitcoin means competing with a lot more people. They started with $3, but they did persevere and continue. They even got their supportive father, Manish Raj, to help them create and set up their mining company, Flifer Technologies. Soon enough, they started to earn more; during their first month, they earned as much as $1000. Their ever-increasing income enabled them to buy more sophisticated equipment like Antminers and Nvidia RTX 3080-Ti graphics cards which let them mine Bitcoin and Ravencoin. With the additional chips and other optimal equipment, they were able to “scale up” their business and earn more.

Like Benyamin Ahmed, the fourth and final entry NFT-savvy teenager in our list is also an artist who made a lot of money from her artworks and NFT. The earning she got from her craft is the highest on this list.

Nyla Hayes is a 12-year-old kid who is making a name for herself, writing her name in the history of NFT with the 960 ETH or roughly US$3.4 million sale of her Brachiosaurus-inspired Long Neckie digital art collection. But the mind-whopping earnings are not the only thing that her dinosaur-inspired artwork gave to her. The art collection also helped her become the first Artist-in-Residence for TIMEPieces, a new initiative from TIME to provide platform essentials to artists who wish to advance their careers through NFTs.

With these achievements, some might think that perhaps Nyla had a background in art and NFTs at a young age, and that is not far from the truth. Nyla has been drawing since she was four, and her parents supported her in this; thus, at nine, she is already creating digital arts through the smartphone that her parents gave.

But her career in NFT started through her uncle. Her uncle inspired her passion for digital arts; he also introduced her to the NFT world. And along the way, Nyla learned the ins and out of it. She watched tutorials and how-to videos to hone her passion and craft. And it paid back, but not only plain paid back but also generously and tremendously.

The sheer amount of her earnings from her art collection made her an amazing artist. Still, more than this, the self-taught reality of her experience and the fact that she earned while doing her passion made her more extraordinary.

There are a lot of ways to say that a kid is extraordinary, but in this article, the teenagers and kids are worthy of praise not because of the amount of their earnings but rather of their dedication to learn (most if not all of them are self-taught) the ins and outs of what they are setting their eyes on. Hence, passion, when combined with dedication, and research will certainly get you good.