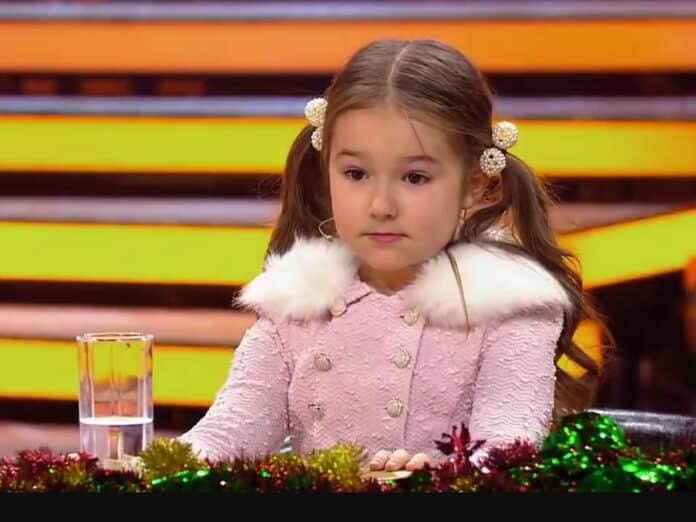 Bilingualism is now relatively common; as such, the beauty of language is often taken for granted. However, there are kids out there that might surprise you with the number of tongues they could speak.

Have you ever interacted with kids who speak two languages?  Kids who baffle you with their language knowledge. You might think of them as extraordinary, but let me tell you that bilingualism is now fairly common. Even in the decades prior, bilingualism is already a thing to countries that experienced the colonial era of the past. Or to places where different nationalities meet.

Polyglots are not new, but they are pretty rare. Throughout history, only a few got to add this title to their accomplishments. These people are pretty famous and iconic in their own countries and fields too. The list includes historical figures such as Nicola Tesla (known for his contributions in alternating current), Jose Rizal (National hero of the Philippines), and Elizabeth I of England. The list continues with personalities like Stephen Krashen (American Linguist), Pope Benedict XVI, Natalie Portman, and Shakira. You see, polyglots are indeed amazing people. And out there, there are youngsters like them, and who knows, maybe they could achieve things more incredible than what these people achieved (no pressure).

Bella Devyatkina is probably the most well-known person on this list. She is that talented kid who is learning languages while her peers are absorbed in learning spellings and stuff.

This 9-year-old kid was born on August 3, 2012, in Russia. And ever since she was born, she was already immersed in two languages, Russian and English, courtesy of her mother. This scenario is the same for other bilingual families worldwide; however, another language was introduced to her even before she turned one year old. Yulia (Bella’s mother) and her husband added French to Bella’s language repertoire through flashcards and direct communication when she was just 10-month-old.

At age 2, she has a good fluency in all three languages. But as we all know, the capacity of kids to learn and absorb things is remarkable, and Bella’s mum realized this. So, she introduced new and additional languages to her. But to be clear, Yulia did not force Bella to learn any of the other languages. They made sure that her learning process would be enjoyable, varied, new, fun, and innovative to avoid the traditional lessons.

Bella learned other languages for various reasons like watching cartoons, skating with a language native, engaging in language apps, dancing, etc. All in all, Bella knows how to speak eight languages, including English, Russian, French, German, Spanish, Mandarin Chinese, Arabic, and Italian. And now, she’s setting her eyes on Japanese.

Her prodigious language skills surprised the world as such, she was invited and later on appeared on big and popular TV shows like Little Big Shots. She also received the Global Child Prodigy Award in 2020 because of her language skills.

Next to our list is a Cambodian boy who went viral for his remarkable language skills despite their situation. If Bella received coverage through TV shows, Thuch Salik amazed the world through social media and news outlets that featured him. And his viral video and prodigious language knowledge changed his life.

Before his viral video, Thuch roamed the streets of Siem Reap, Cambodia selling souvenirs to tourists visiting Angkor Wat. His “side work” is a way for him to help her mum earn some extra cash. since their life is one of the hardships. Because he only needs to go to school for half a day, he has plenty of time to sell souvenirs. And despite their situation, Thuch loves to learn, even dreaming of going abroad to study. Little did he know that his dream would be fulfilled sooner than expected.

In November 2018, Thuch piqued the interest of a Malaysian tourist. The Malaysian tourist was surprised when he conversed with her in Chinese. She tried talking to him in French, and to her amazement, Thuch replied in fluent French. Thuch later on proceeded in Cantonese, Japanese, and a couple of other languages. When the tourist asked him where he learned all those languages, he answered that he knew all those stuff from tourists. The tourist uploaded her conversation with Thuch, and it took the internet by storm.

All in all, Thuch knew how to speak a total of 16 languages which makes him not just a polyglot but a hyperpolyglot. He can speak Cambodian, English, Thai, Japanese, French, Korean, Russian, Vietnamese, French, Spanish, Cantonese, Mandarin, German, Filipino, etc., with varying fluency. The talent shown by Thuch opened new opportunities for him and his family. Donations flooded, and he also caught the eye of the founder of Hailiang Education Group, a player in the private education sector of China. The school offered him a scholarship and a seat at their institute in east China’s Zhejiang province, which he gladly accepted.

Ronnie Yung was born in Nagasaki, Japan, on July 13, 2012.  He is the first of the three children of Tetsu Yung and Yuko Muto. At the young age of 4, Ronnie is already a polyglot speaking five languages: Japanese, Mandarin, English, French, and Spanish. Ronnie’s case is hardly surprising because his father is also a polyglot who speaks the same set of languages plus some other Taiwanese local dialects like Hakka.

But is it really because of genes that Ronnie is also a polyglot? It appears that his father believes otherwise. As a child raised in a multilingual environment, Tetsu acknowledges the importance of multilingual upbringing and immersion in language learning.

According to his father, Ronnie’s prodigious language knowledge stems from the fact that he was immersed in these tongues at a young age. And starting at a young age is advantageous to children because learning a language becomes a more arduous task as humans grow and become older. And this assumption is supported by the critical period hypothesis, which is one of the most studied and well-known hypotheses in the study of language acquisition.

So, if you want your kid to be bilingual, multilingual, or polyglot, then be sure to teach them at a young age.

Ziva Dhoni is a young Indian girl who rose to fame and became an internet sensation for her beautiful videos. And her background did not help tame her popularity; in fact, it grabbed even more attention from the media and the netizens.

Ziva was born between Sakshi Dhoni and the famous Indian cricketer Mahendra Singh Dhoni on February 6, 2015. Her father is considered one of the greatest cricket players in history. However, the Chennai Super Kings (CSK) skipper is not the most avid fan of social media. But he makes sure that Ziva is there whenever he has a post. And one of his posts surprised the Indian netizens.

In March 2019, MS Dhoni posted a video of him and her daughter. In the video, he asked Ziva how she was, which the 4-year-old kid back then fluently answered in 6 different Indian languages.  Ziva demonstrated her astonishing language prowess when she responded to her father’s questions in Tamil, Bengali, Gujarati, Bhojpuri, Punjabi, and Urdu. The video quickly captivated those who watched it, amazed that a young kid of 4-years old is able to speak multiple languages.

The last person on our list is not only linguistically-inclined but also musically competent. Back when she was 8, she already demonstrated mastery in 8 languages and eight different musical instruments.

A total package is what she is. Mabou Loiseau is that multitalented girl whom you can say is capable of achieving all of her dreams like being a lawyer, surgeon, and singer. Often called “Supergirl,” he was born on October 30, 2005, in the United States of America.

Mabou is famous for his musical and language aptitudes that wowed all the people who witnessed it. And those talents were nurtured by stable guidance and support from her parents, who at one point were spending $1500 a week for tutors and lessons. And it paid back, at the age of 8, aside from playing eight different instruments, Mabou is already capable of speaking eight languages, including English, Kreyol, Spanish, French, Russian, Arabic, Mandarin, and American Sign Language.