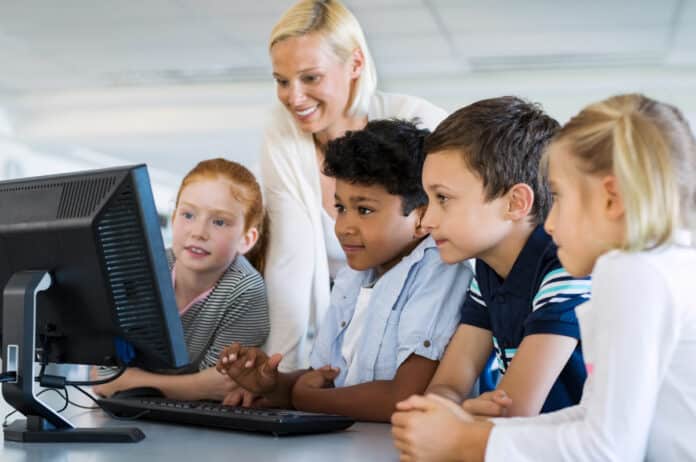 We are always amazed by children who can do and solve tricky Math problems, the same manner as children who could play musical instruments at such ease, much more to children who speak multiple languages fluently, and so on. We call them prodigies and geniuses.

Be that as it may, as the 21st century embarked with time, many new skills emerged. One of which is computer programming that has marked the prominence to fame and wealth of some few people; the likes of Mark Zuckerberg and Bill Gates. More than being their bread and butter, computer programming has become the domain that people could associate with their names.

In this article, we give you 5 unbelievable youngsters who, at a young age, are seen to have a bright future in such an industry.

What is Computer Programming?

Writing instructions for computer devices and systems is referred to as programming, sometimes labeled as coding. These prompts are translated into a language that the computer understands through a computer algorithm. Computer programming employs a variety of languages such as Python, JavaScript, Java, and C programming languages.

Basically, it is not a typical endeavor a person can perform, much less a child. Let us now get to know these extraordinary youngsters who have been dubbed “computer programming prodigies.”

Kautilya Katariya was only 6-year and 364-day old when he held the Guinness World Record as the youngest computer programmer in September 2020. He was a second-grade student in the city of Northampton, England when he received such recognition. The venture of Kautilya began during the global pandemic’s lockdown. While he was at home, Kautilya’s parents encouraged him to enroll in computer programming classes such as IBM Developer Skills Network, which he found to be an easy feat. Before it, Kautilya had been very interested in reading books about computer programming. Perhaps Kautilya’s father, who happens to be an IT developer, and his mother, who is a data analyst, influenced him the most.

Kautilya made his own website and even created a game after learning such a new skill. He began one of his programmed Artificial Intelligence (AI) projects by using IBM Watson to create a system to detect smoke or fire.

In November 2020, Kautilya obtained five IBM certifications in Python and AI, in addition to his world record. On edX, he completed IBM’s Foundations of AI professional certification and IBM Cognitive Class’s Python for Data Science course.

He received job offers as a result of his incredible achievements at such a young age. According to reports, IBM software head engineer Antonio Cangiano also congratulated him and offered him a job. While Kautilya is the youngest individual to ever acquire IBM’s AI Certification, he is currently the second person to hold the Guinness World Record for “Youngest Qualified Computer Programmer.” Arham Om Talsania of Ahmedabad, India, had the previous record for Youngest Computer Programmer.

Before Kautilya, Arham set the Guinness World Record for the youngest computer programmer in January 2020, when he passed the Microsoft certification exam at the Pearson VUE test center. Arham, like the former, was in second grade when he was given such an honor. Arham credited his accomplishments to his parents. In a report, he stated that his father, a Pyton software engineer, taught him to code at a young age.

Arham, a quick learner, adopted Phyton’s concepts and created his own game. Creating a game using coding at such a young age is an accomplishment in and of itself. The game was unlike any other online game since it was more interactive, including puzzles, numbers, calculators, and other features. He also has his own webpage, describing himself as a “whiz kid.” He is currently working on his own video game with much more advanced 2D and 3D components, which he expects to release eventually.

Hamza’s first reference for his computer programming talents, like the two following him, is his father, who happens to work at an IT firm. At the age of seven, Hamza was recognized as the world’s youngest computer programmer. According to sources, his venture began when his parents gave him computer programming gadgets when he was just two years old. Arfa Karim, who became a Microsoft associate at the age of nine, was claimed to have influenced him.

Hamza took a Microsoft software test when he was six years old and received a score of 757 out of a possible 700 for the certificate. The family struggled to locate a school that suited Muhammad’s needs due to his advanced abilities. Hamza, in essence, has the option of dropping out of elementary education if he so desires. With his qualifications, he could already find a high-paying position in most IT organizations.

He hopes to be the next Bill Gates, which is not that far from happening considering that despite his young age, he already knows how to explain heap, stack, memory management, and data structures better than many seasoned programmers. He devoted his attention to developing a computer game that he claimed could be won in just 30 clicks. He achieves all of this while still finding time to play outside activities with his father, such as football.

Isabel began taking online classes at the age of ten to learn the fundamentals of Hypertext Markup Language (HTML) and JavaScript. HTML is one of the most fundamental building blocks of a web page and is used to create visually. As a result, she became recognized as the Philippines’ and one of the world’s youngest programmers.

According to a report, her venture began after her teacher saw that she excelled in math and suggested that she learn to code. Her mother also hired a tutor to assist her in furthering her education.

Isabel, more than her passion for computer programming, has also found a purpose in the talent she has. Along with her mother, Isabel Sieh founded a company named Girls Will Code, a community of young girls who are interested in coding. The goal of Girls Will Code is to encourage young girls and to encourage schools to teach their students basic programming or make this an activity after school. She has a high aspiration that young girls could reach what she has achieved. The same passion is being shared by Samaira Mehta.

At present, Isabel is headed to Stanford University to take up Computer Science.

Samaira, like Isabela, is passionate about making a difference in society through her remarkable skills at an early age, in addition to her passion for computer programming. She is the founder of ‘Yes, 1 Billion Kids Can Code’ and the CEO of ‘CoderBunnyz,’ a board game firm. Samaira has a lofty goal of enlisting 1 billion children to learn to code by graduating from college in 2030.

Despite the limitations imposed by the pandemic, Samaira cleared the road for her ambitions to be realized. “When it rains, look for rainbows. When it’s dark, look for stars,” she said in one of her interviews, and she lived up to her words. Mehta determined that the only way forward was to take advantage of people’s time indoors by bringing coding and artificial intelligence courses to their homes.

Her parents, particularly her mother, who co-founded their company, are very supportive of her endeavor. The company now offers free AI and coding courses online to people all over the world. Mehta is also establishing Boss Biz, a program that teaches kids how to start a business alongside entrepreneurs worldwide.

She began learning to code in 2015 and worked on her first game for a year and a half. According to sources, Samaira’s interest in coding started due to a joke pulled on her by her father.

Finally, the world has a lot to offer in terms of wonders, from its spectacular natural and man-made heritages to its amazing people.

Programming is one thing. Not everyone is capable of mastering this skill, but some true child prodigies and geniuses can do it at an early age. The vital factor to their success, which we can all learn from their stories, is their parents’ unwavering support for their children. These youngsters may not be able to reach their full potential if their parents do not encourage them. The impact of parents is felt in every facet of a child’s life. It is more than a gift; it is a responsibility that must be valued.