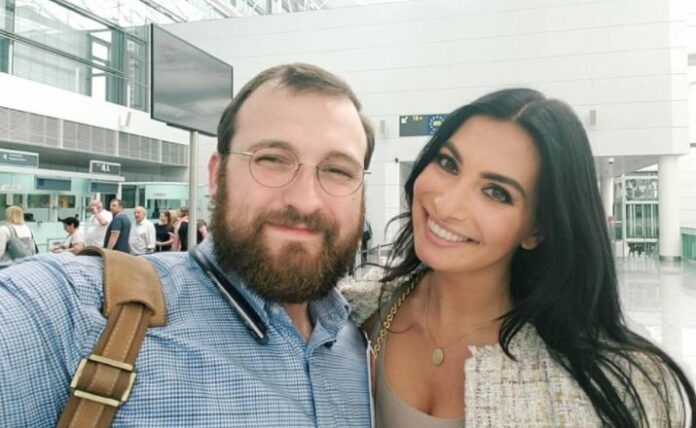 In recent years, cryptocurrency same as NFTs is enjoying skyrocketing popularity following the surge in the prices of famous coins like Bitcoin, Ethereum, Solana, and more. And in 2021, cryptocurrencies made more noise as many game-changing cryptocurrencies experienced rapid growth. Many may frown on the inherent volatility of this form of “investment” but not all will since many people are now ready to take the risk in the hope of making good returns.

But before their rise to fame, cryptocurrencies started small with the innovative and tenacious leadership of their founders. And this innovativeness and tenaciousness were worth it as they are now enjoying the fruit of their labor.

One of the most defining characteristics of 2021 is the boom in cryptocurrency acceptance from crypto coins and digital assets like non-fungible tokens up to block-chain based applications that includes decentralized finance. Perhaps, the decision of El Salvador to accept Bitcoin as a legal tender in their country is one of the biggest news in the crypto world.

The crypto explosion made 2021 a record-breaking year for the industry. At the end of the year, the crypto market capitalization grew to $2.2 trillion from $750 billion, it even reached the $3 trillion mark in November 2021. And in this crypto boom, there are some which garnered more attention compared to the others, climbing up more than 400%. In this article, we will feature the 7 of the Best-performing cryptocurrencies of 2021 and their founders who are now enjoying the success of the cryptocurrencies they established.

Vitaly Dmitriyevich Buterin popularly known as Vitalik Buterin is a Russian Canadian programmer and writer who rose to fame as the inventor and one of the founders of Ethereum. This history and credential of Buterin solidified his position as one of the most influential innovators in the cryptocurrency industry and a further testament to this is his inclusion in Time Magazine’s 100 Most Influential People of 2021.

No one could indeed have thought of all of the possible applications of Ethereum. It took several people’s innovative juices and effort to take Ethereum to where it is today but these things would not have been possible if not with the single idea of Buterin. And that is what separates Buterin from the others, he thought of it first.

In 2013, Vitalik Buterin who was just 19 years old at that time first described Ethereum in a white paper as he saw that Bitcoin needs scripting language and that the blockchain technology to which it is built can be taken into another level through smart contracts.

He failed to gain agreement though so he opted for the establishment of a new platform and that brings us with the Ethereum of today. Now, Ethereum stands as the second-biggest cryptocurrency in the market in terms of market capitalization and is expected to grow more. In 2021, it had a 416 year-to-date gain which is one of the highest for the year. The growth of Ethereum made its 27-year-old founder be considered as one of the youngest if not the youngest cryptocurrency billionaire in the world with Forbes estimating his net worth to be at $1.46 billion.

There is a consensus among leading analysts in the cryptocurrency industry that Solana is one of the best performing cryptocurrencies last 2021. The coin surged more than 9000% last year making investors ecstatic about its future. But, one person is probably happier and prouder with the coin’s success above these investors, Anatoly Yakovenko.

Anatoly Yakovenko is the founder of Solana and we can only speculate about his feelings regarding the coin’s recent success. But he is happy, probably, after all, who wouldn’t be happy with the success and increased popularity of something you established?

Yakovenko described himself as the “biggest skeptic of cryptocurrencies” but his skeptic attitude did not stop him from creating one of the fastest-growing cryptocurrency networks. Dubbed as “Ethereum Killer”, this brainchild of Anatoly Yakovenko has been making headlines recently. Its lower fees and faster transaction process (reportedly at 45,000 per second which is a leap and bounds from the 45 transactions per second of Ethereum) attract many investors. Aside from the price surge, many talents are also transferring to its ecosystem. Furthermore, it has a growing non-fungible token (NFT) and decentralized finance (DeFi) economies that would further boost its growth. Given these things, many are optimistic about Solana’s future with some big industry names even making significant bets on its rapid growth.

Ethereum has a lot of various functional and user-oriented features and all of these are products of several people’s innovativeness and revolutionizing ideas, including those of Charles Hoskinson.

Charles Hoskinson is an American software developer and entrepreneur who is popular for being one of the eight original founders of Ethereum, but he later left Ethereum over disagreements about the direction of the platform.

Charles Hoskinson is a talented individual who is knowledgeable about cryptocurrencies. He may have left Ethereum but his knowledge, innovativeness, and ingenuity haven’t left him and as such, he founded Cardano (ADA) in 2015. Like Ethereum, Cardano is also an open-source blockchain. The cryptocurrency may not be the biggest in terms of market capitalization but it is so far the largest in terms of the usage of the proof-of-stake model.

In 2021, Cardano became one of the most successful cryptocurrencies with a year-to-date gain of more than 500%. The founder must have been happy seeing his brainchild grow.

Changpeng “CZ” Zhao is probably one of the most successful cryptocurrency personalities, being able to join the ranks of the world’s top billionaires. According to the latest estimates from the Bloomberg Billionaires index, Zhao has a net worth of at least 96 billion.

The Chinese-Canadian crypto personality is famous for being the founder of the largest cryptocurrency exchange by trading volume, Binance. But being the CEO and founder of Binance Exchange is not the only thing in Zhao’s credentials. As most people know, Binance has its own coin, the Binance Coin (BNB), and who could have established it, of course, none other than the exchange’s founder himself.

Founded in 2017, BNB is initially based in China before relocating to the Cayman Islands. And there, BNB continued its growth. In just four years since its launch, the BNB coin became the third biggest cryptocurrency just behind Bitcoin and Ethereum. And many are optimistic about its growth as it recorded more than 1200 year-to-date gains last December 2021.

With his background of being a computer scientist, Turkish-American Emin Gün Sirer has been instrumental in the development of peer-to-peer systems, operating systems, and computer networking. But these things are not the only significant entries in his resume as he is also the founder of Avalanche protocol, a project related to the establishment of computing platforms through Avalanche Consensus.

Sirer is the creator and founder of the Avalanche Blockchain and its native token AVAX. This cryptocurrency is as they said “Like Ethereum, but faster” as it promises faster smart contracts. But this is not the sole reason for its increased adoption and fame. Aside from faster contacts and more validators, Avalanche’s ability to scale while staying decentralized and secure is more of the reason why many started using the blockchain and its token.

The surge in the adoption of the coin made it one of the most coveted and most successful cryptocurrencies of 2021. As a testament to its skyrocketing popularity and usage, it posted a whopping 2,754% year-to-date gain last December 2021.

Do Kwon and Daniel Shin (LUNA)

LUNA is among the cryptocurrencies that haven’t shed value lately and this is good news for those who invested in it and also to its founders.

South Korean cryptocurrency developer Terraform Labs which was founded in 2018 is the one that created LUNA. And the people behind Terraform Labs are Korean entrepreneurs Do Kwon and Daniel Shin.

Like the other so-called “Ethereum Killers”, LUNA’s base is also attacking Ethereum problems that remain unsolved. LUNA’s base, Terra, is a blockchain network that is developed to temper the inherent volatility of cryptocurrencies. By using algorithms, Terra generates stablecoins or cryptocurrencies with stabilized values. And it was worth it since the coin witnessed a 9,530% year-to-date gain in December 2021.

The award of being the best-performing cryptocurrency of 2021 goes to MATIC after seeing an 11,026 year-to-date gain last December 2021, making its founders Jaynti Kanani, Sandeep Nailwal, and Anurag Arjun billionaires.

MATIC like the others tried to solve a problem in the Ethereum blockchain by addressing the network’s clogged blockchain by acting as an add-on that would scale as user activity increases. This characteristic of MATIC earned it the monikers “Ethereum’s internet of blockchains” and Swiss Army knife for scaling solutions”. But monikers are not the only things it earned as they also attracted more people. With its increased popularity, MATIC which started 2021 with a value of fewer than 2 cents finished the year at the $2 level.