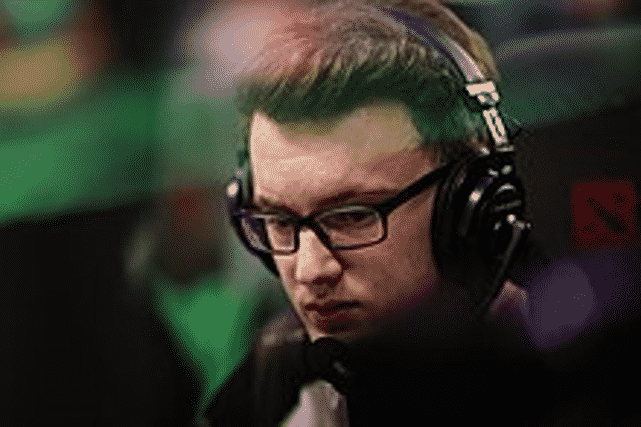 Have you ever thought about becoming a famous cyber-sportsman?

In present times, cyber-games are not just about entertainment, but they are a way to make money as well. Though people enjoy playing games, a lot of dedication, hard work and skills are needed to be a professional cyber sportsman. Playing video games can be your way to gain respect, accolades, money and recognition. If you have ever done a bit of research, you will come across thousands of people who pursue the dream of becoming the top cyber sportsmen of the world.

Though video games seem to be easy, not everyone can make it in the big leagues of eSports. If you consider the top famous names and do a bit of research, you get to know, how these players could make it so far.

Take a look at the top 12 most famous cyber sportsmen:

Salehi Takhasomi is a famous Dota 2 player, who plays for Nigma. He grew in Berlin and is known to have struggled to use his legs due to some disabilities, in his childhood. This is one of the reasons why he started playing video games. KuroKy initially played in some German DotA teams. Later, he joined Mousesports, his first international team. In his entire career, he has won more than one million prize money.

Some of his recent awards include:

His recent achievements include the following

Amer al-Barkawi is best known as Miracle – who is the professional Jordanian-Polish Dota 2player. He was the member of Team Liquid and won The International 2017. It is the largest esports prize pool. In March 2016, Miracle was the first Dota 2 player who reached 9000 MMR.

His recent achievements include the following:

Sahil Arora is considered to the third highest-earning professional gamer in the present times. He is also known by his in-game name UNiVeRsE. As per Evil Geniuses’ website, UNiVeRsE chose such a tag for his interest in astronomy and his desire and interest in knowing about new worlds.

He is a DotA 2 player. This is a popular multiplayer video game played all over the world casually as well as professionally. He earned more than $2.1 million dollars in his lifetime with Defense of the Ancients. He is known as one of the best offlaners in the world, especially after his fantastic presentation at The International 2014 competition. He was a part of Evil Geniuses which won The International 2015. Sahil has competed in all Valve’s yearly championships and thus created a record.

Lee Sang-Hyeok is known for his in-game name – Faker. He is a famous professional League of Legends player from South Korea. He is well-known for his champion pool and high mechanical skills. He is popular for playing Ryze, Ahri, Azir, Zed, LeBlanc, and Syndra among others. The first player to have reach 1,000 kills in LCK, Lee Sang-Hyeok is one of the two players to win League of Legends World Championship, three times. Faker has won more than $1,254,240.23 in prize money

Some of his recent achievements include:

Lee Jae-Dong is known for his in-game name Jaedong. The South Korean professional StarCraft: Brood War player is known for his domination in Starcraft franchise. He has played most recently for Evil Geniuses before his StarCraft II retirement. He has earned more than $611,000 dollars in the Starcraft games so far.

Some of his recent achievements include:

Christopher Alesund is known as GeT_RiGhT in the gaming world. He is a professional Counter-Strike series player. Presently he is playing for Dignitas. He started playing competitively for the first time in 2007. He has earned more than $316,000 in his career in Counter-Strike.

Johnathan Wendel (Fatal1ty) started his career at the age of 18 years. He is known to be one of the finest FPS gamers of the world. He dominated in one v one settings for a long time. He debuted with Quake III Arena and got the third position in the first tournament. In his entire career, he won 14 world championships.

To honour his huge contribution in the world of video gaming, Wendel was awarded the Lifetime Achievement Award by eSports. He is also enlisted in Guinness Book of World Records.

Also known as Crimsix, Ian Porter is a famous American professional Call of Duty player. He played for Dallas Empire and Twitch video game streamer. In his entire career, he represented a number of multiple games, representing Optic Gaming in Call of Duty. He is the 1st person in the world to hold on to the title of Major League Gaming Pro Player in both franchises.

Olaf is a popular Swedish player who was declared the best player by HLTV.org in 2015. He became popular for his game – Counter-Strike. He represented the team Fnatic. He is one of the few players who has recorded a consistent win in most of the tournaments he participated in.

William Barton became famous at the age of 15 with Amnesiac. At such a young age, he became Americas Winter Champion in The Hearthstone Champion. There is a lot of debate on the young champion and his win. His win is credited to his deck preparation and correct participation.

Damon Barlow is also known as Karma. He is the famous Canadian-American professional who played for Seattle Surge. He was the Pro Player analyst for 2017 CWL Global Pro League Stage 1 Week 1. He won Call of Duty Championship three times. He won the title back-to-back two times in 2013 and in 2014.

Karma has won 24 Major championships in his lifetime. Karma won more than $727,422.25 from different tournaments in which he participated. He is known to be the highest-earning console player in esports history with more than $600,000 earnings.

Also known as Clay or Clayster, James Clayton Eubanks is a popular American professional Call of Duty player for Dallas Empire. He is one of the most recognized and popular CoD players. He played for UNiTE Gaming, RoughNeX, compLexity Gaming, Thrust Nation and more. Till July 2019, he has won more than $452,148. Out of this, more than $144,000 was for Call of Duty Advanced Warfare.

In the last few years, cybersports have dominated the online entertainment zone. Internet live streams are now quite popular. Videos games are now an effective method of finding talented, young and new players who aim to make it big.