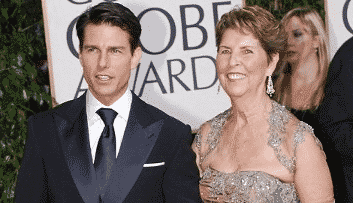 Well – how often have you spotted celebrities and rubbed your eyes and thought if you are seeing a double?

It’s a reality that many famous people do exactly look like their parents and this is what stuns their fans. It cannot be denied that they do share the same DNA and indeed, they are lucky to get some of the beautiful genes, which makes them resemble their parents.

Here are 12 such famous people who look like their parents! Yes, you will agree – it is simply uncanny!

Kim Basinger is a former fashion model, singer and American actress. Her daughter, Ireland Baldwin is a well-known actress and an American fashion model. Baldwin started her modelling and acting career in 2013 and appeared in a number of films since then. There are several people who follow Ireland as they wish to follow her career. However, there are many others who follow her, as they are awed by the fact that she looks quite like her mom.

James Louis McCartney is a popular British musician and songwriter. His popular compilation album is The Complete EP Collection (2011). His famous studio albums include Me (2013) and The Blackberry Train (2016). He is the only son of the Beatle star Paul McCartney. He has contributed to many solo albums by his parents which include Driving Rain and Flaming Pie. Paul McCartney is a famous English composer, musician, songwriter, English singer, composer and film producer.

Some popular solos of Paul McCartney include:

Colin Lewes Hanks is a famous American producer, actor and director. He is best known for his films which include Jumanji, The Great Buck Howard, King Kong, Orange County and The House Bunny. Tom Hanks is a famous filmmaker and American actor. Tom Hanks received the Honorary citizen of Greece in 2019. Also, Asteroid 12818 Tom Hanks is named after him. Hanks is known for its dramatic roles and comedy roles. He is best known for his roles which include Forrest Gump, Bachelor Party, Splash and Toy Story.

It is no longer a secret now. Reese Witherspoon’s 20-year-old pretty daughter looks just like her. As Phillippe grew up, she started looking more and more like her superstar mom.  The mom and daughter duo have a really close relation which the fans often get to see in social media. Reese Witherspoon needs to the formal introduction. She is a famous entrepreneur, producer and one of the finest American actresses. She has received many accolades in her career which includes the Academy Award. She was counted amongst the highest-paid actresses of 2019.

Marcheline Bertrand is a famous American actress and well-known humanitarian. Bertrand co-founded All Tribes Association which offers economic and cultural benefits to the Native Americans. She is the mother of famous actress Angelina Jolie. A lot is written about the striking relation between Angelina Jolie and her mother. Angelina Jolie is a renowned humanitarian and actress.

Lisa Marie Presley is a popular American singer-songwriter. She is the child of the popular actor Elvis Presley and popular actress Priscilla Presley. Presley has developed a career in the music business and issued three albums.

Studio Albums of Elvis Presley include:

His soundtrack albums include:

You might have known her from her role as Anastasia Steel in Fifty Shades, but Dakota Johnson is not new to this high-profile world. She is the daughter of Melanie Griffith and Don Johnson. She has great experience in handling the daily hustles which is quite common in the life of a celebrity and actor.

Scarlett Johansson is a famous American singer and actress. She is the highest-paid actress since 2019. She made multiple appearances in the list of Forbes Celebrity 100. Johansson’s mother is Melanie Sloan, who always took her daughter to different auditions at a very young age.

The world knew Jim Carrey for his role in the comedy show, In Living Color. Later, he starred in many films which include The Mask, Dumb and Dumber and Pet Detective. Fans greatly appreciated his hilarious skills. Jane Carrey is known as a great performer. She came into limelight when she first auditioned for American Idol in 2012.

Thomas Cruise is one of the finest American actors and a successful film producer. In his lifetime he has won many accolades which include three Golden Globe Awards and three Academy Awards nominations. Tom Cruise has a great resemblance to his mon, Mary Lee Pfeiffer who was a special education teacher. She developed a deep interest in acting from her son.

This is not an exhaustive list – there are many more famous people who look just like their parents.