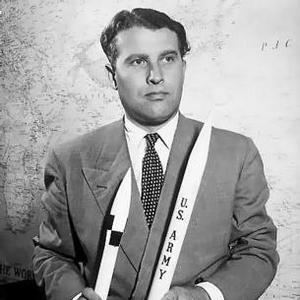 A future rocket scientist and constructor of rocket and cosmic equipment Wernher von Braun (full name Wernher Magnus Maximilian Freiherr von Braun) daydreamed of subjugating cosmos in the childhood. German biographers told that in youth there was an occasion when Wernher hit a window of bakery with a rocket. Wernher studied in Gumbinnen school and finished it in 1920, after that he entered Zurich Technical Institute. Later he got the education in Technical University of Berlin and Berlin Institute.

Wernher was keen on rocket construction and he was shortly noticed and sent to army. In 1930 he was working on construction of liquid-fuel rockets. In 1932 he was accepted in Armament Governance where the period of big rockets’ construction started and lasted till the end of his life. The next two years he was working on missile launch at the height of two thousand meters.

In 1937 von Braun was appointed to be an engineering manager of German rocket research center. He began to work on the famous V-2 (Vergeltungwaffe 2) or retaliation weapon – it was a ballistic rocket which could reach London in six minutes. The rocket test was held well and Wernher was recommended to continue his work. In 1940 Wernher became Sturmbannfuhrer of SS. In 1944 he successfully launched the first rocket to London, Chyzvyk region. Altogether 1402 identical rockets were launched and 1054 of them exploded in London.

In 1945 von Braun with specialists and documents surrendered to American army. But Soviet engineers managed to restore drawings using the left pieces of exploded rockets. They used drawings to make engines for own rockets. Wernher thereat became the head of American projecting and arming development service, then he worked in Redstone arsenal in Alabama. In 1955 Wernher became a USA citizen.

In 1956 von Braun started to develop intercontinental ballistic rocket and satellite. The first American satellite was launched after Soviet satellites launching within the framework of Venus program.

In 1960 Wernher von Braun began to work in NASA as the head of Space Flight Center. He leaded development of carrier rocket Saturn and Apollo spacecrafts. After Neil Armstrong’s flight to the Moon on Apollo 11, von Braun was decorated with the NASA medal. Later the rocket constructor conducted five flights to the Moon, and in 1970 he became the deputy of NASA head of space flights’ planning. Wernher also became a developer of several projects of the moon stations but they were never realized.

In 1972 Wernher left NASA and worked in industry for five years. In 1977 Wernher von Braun died of cancer. In spite of the fact that von Braun was the member of Nazi party and Sturmbannfuhrer of SS, Soviet rocket scientists always had a good attitude towards him and considered V 2 to be a great achievement in the field of rocket construction.