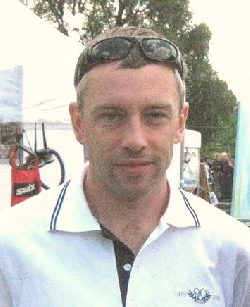 In 1993 he finished second in 10&nbsp;km sprint at world youth championships in Ruhpolding.

Sikora was born in Wodzisław Śląski. He was world champion in 1995 (20&nbsp;km), runner-up in the world championships in 2004 (also 20&nbsp;km) and bronze medalist in 1997 (team competition). On February 25, 2006 he was placed second in the 15&nbsp;km mass start at the 2006 Winter Olympics in Turin, winning the second and final medal for Poland in those Olympics.