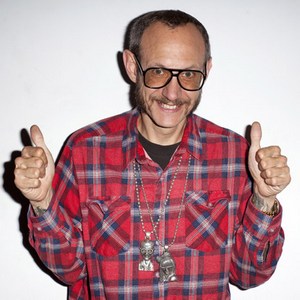 Terry Richardson is a son of American fashion photographers Bob Richardson and Anny Lomax. Richardson’s father worked on Harper’s Bazaar and Vogue, but his mother, according to Terry’s words, took considerably better photographs than his father and himself taken one with another. Terry was born in New York and grew up in Hollywood where he attended Hollywood secondary school. When the boy was nine his mother wrecked in a car crash and since that time was abed. It was an awful blow for Terry, and afterwards he turned to psychiatrists several times.

It was some time before Richardson started to take photographs. In senior school after spiritual and psychic health recovery Terry like many other teenagers of 80-s was keen on informal music and played in a punk-rock underground band under the name “The invisible government”. His passion for music lasted for five years before Terry began to think about photography. The band broke up by that time, and Terry’s mother found him an appropriate job – a photographer Tony Kent’s assistant.

Firstly Terry Richardson took pictures of surrounding people but his popularity spun up very fast and soon he began to photograph the brightest Hollywood stars. His list includes Vincent Gallo, Lindsay Lohan, Sharon Stone, Kate Moss, Leonardo DiCaprio, Mickey Rourke… This list is really long. And he was being torn to pieces by many popular brands such as Sisley, Dolce & Gabbana, Hugo Boss, Levi’s, Miu Miu, Gucci. A lot of exhibitions of his works were organized in many countries. On the one hand this popularity can be easily explained by scandal public relations, because many Richardson’s pictures are not only undisguised but pornographic. They really shock and definitely cause ambiguous reaction. But on the other hand there are a lot of photographers who tried to attract attention by this means. But everybody knows and talks about Terry Richardson, whatever he photographs or makes. That’s why Richardson is definitely one of the most outstanding photographers of the present

In fact the photographer’s pictures are very different, and candidly pornographic are only the part of all photographs. The other part shows an observant, serious, delicate Terry Richardson.

One of the Richardson’s activities is the development of his own porno-site where he acts as a model. The photographer obviously doesn’t have any hang-ups in this field. He is photographed in the most outright scenes, very often in bisexual scenes. Terry says that his works are meant for investigation of sexuality.

Richardson shocks not only by meaning of his pictures but by his manner of photographing. When he photographs for many famous companies he often uses a simple hand-held camera but the quality of his pictures doesn’t suffer.

For the last ten years Terry Richardson have produced about six photo albums, among them – “Son of Bob”, “Feared by Men Desired by Women”, “Kibosh”, “Terryworld”. Not long ago he also produced a collection of his photographs with autographs.