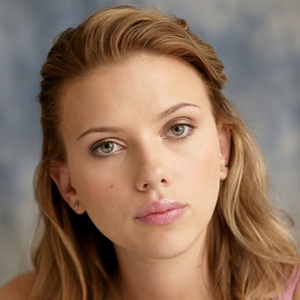 Scarlett Johansson was born in New York on the 22 of November in 1984. her father, a Dane Karsten Johansson, married a Polish Jewish Melany Slown, and they had four children – twins Scarlett and Hunter were the youngest. The girl got her name in honour of the main character of the novel “Gone with the wind”.

The family had only genetic relation to art: Scarlett’s grandfather is a famous Danish writer and script writer Ainer Johansson. But it was mother who gave a stimulus to develop artistic abilities of youngest Johanssons – she is an inveterate cinephile and once she took the children to audition. As a result a producer of advertising video turned attention to the elder boy, Adrian. This fact disappointed a seventh year old Scarlett that she had hysterics in the agency. It turned out that the girl adored cinema like her mother and seriously wanted to become an actress.

Scarlett wasn’t successful with advertising, but mother was imbued with daughter’s desperate aspiration to scene, and the girl was sent to actors’ school of Lee Strasberg. Her talent was quickly appreciated, and practically at once Scarlett started to take part in plays. It is curious that she appeared on stage for the first time not in New York, but in Los Angeles, in a play “Sophistry”.

Scarlett Johansson cinema debut took place when she was ten years old, in 1994 a comedy of Rob Rainer appeared – Scarlett played a role of Laura Nelson. The main roles were played by Bruce Willis and a future hobbit Elijah Wood. Rob Rainer made a very curious opinion about the young actress – the girl behaved herself as a middle-aged woman, captious, slightly quarrelsome and lost faith in life…

The next year the girl’s partner on shootings was Sean Connery. In a mystical thriller Scarlett played Kate Armstrong, daughter of Connery’s character and a victim of a maniac.

Roles followed one by one, and it was difficult to combine shootings with studying at school. Firstly parents transferred Scarlett to a private school, and then she had to study without attending classes for some time. She got secondary education, finishing Manhatten elite school.

By that time Scarlett had managed to prove that she was suited not only for children comedian roles. In 1998 she appeared on screens in one of the main roles in a melodrama of Robert Redford “The Horse Whisperer” and had a nomination for the Young artist award. But she got the award only in 2001 after playing Susan in Eva Gardos’ drama “An Maerican Rhapsody”.

But the real acknowledgement came to Scarlett Johansson two years later – after creting the image of Charlotte, the main character in a melodrama “Lost in Translation” (a director Sofia Coppola). The film got “The Golden Globe”, and Bill Murray, Scarlett’s partner, got a status of the best actor. Scarlett was also called the best actress, but not in the film’s country, but in the British cinema academy. In 2003 she was nominated for “The Golden Globe” for the role of Griet in Peter Webber’s drama “Girl with a Pearl Earning”.

At the age of twenty Scarlett played in four serious projects. The best were a dramatic film of Shainee Gabel “A Love Song for Bobby Long” with John Travolta and a lyric comedy of Paul Weitz ‘In a Good Company”. After appearance of these films the actress was considered one of the most talented in Hollywood and never had lack of work afterwards.

In 2005 a fantastic action film “The Island” of Michael Bay appeared. This large-budget film gathered almost hundred and seventy million dollars in world distribution, but proceeds in USA were rather modest. Producers of the action film blamed Scarlett Johansson, they claimed that her name didn’t manage to attract wide audience to the film. Besides, Scarlett had a serious quarrel with the director because of the erotic scene – according to her opinion, a bra in bed was definitely unnecessary. But the makers of the film didn’t want to toughen the rating, and viewers didn’t happen to see the actress’ naked breast.

Another film of 2005 year was a dramatic thriller “Match Point”, made by Woody Allen, and it was more successful for the actress’ career. It got in an out-of-competition program of the Cannes festival, had a lot of excellent reviews and gathered eighty million dollars in distribution with a budget of fifteen million. Scarlett Johansson, who played the main role of Nola Rice, was nominated for “The Golden Globe”.

In the next year the actress worked with Woody Allen again, he also got the main role in his comedy “Scoop” – Scarlett created an image of an American student Sondra. In 2006 a thriller “The Black Dahlia” (a director Bryan de Palma) – the “noir” film with the plot, which developed about the real story of murder of the Hollywood actress. “The Black Dahlia” officially opened a competition of cinema festival in Venice.

The role of Olivia Wenscombe in a fantastic drama “The Prestige” of 2006, made by Christopher Nolan on the Priest’s novel, can also be called the actress’ big success. In 2007 Scarlett played Annie, the main character of a dramatic comedy “The Nanny’s Diaries” – a filming of the popular bestseller of Emma McLaflin and Nicola Kraus. A year later a historical film “The Other Boleyn Girl” appeared, it was a successful debut of a director Justin Chedvic. Scarlett Johansson played the role of Mary Boleyn in this film, a sister and rival of the famous queen Anna Boleyn.

In 2006 the actress signed a contract with L’Oreal company, the famous producer of cosmetics and perfumery, and two years later she tried herself as a siger, recorded the first album “Anywhere I Lay Mu Head”.

Although in one of the interviews the actress said that monogamy is unnatural for a human, she absolutely denied casual affairs in her life. In 2008 Scarlett married a Canadian actor Ryan Reinolds, but this marriage lasted for only two years. Although the actress’s name often noticed in society columns, Scarlett never paraded personal relationships. According to the press, the actress has many famous affairs, but, according to the words of the figurante of these gossips, she has never met the half of ascribed lovers.

Scarlett Johansson finds a lot of limitation in herself and is practically obsessed with the dream about real love. She doesn’t take drugs, doesn’t smoke or drink – and plays a lot.