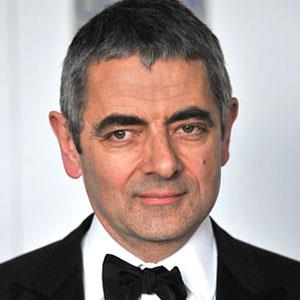 County Durham in Britan, Consett was a place, where on the 6th of January a boy was born and got a name Rowan Sebastian. His parents, Ella and Erick Atkinsons, were respectful and very well-off farmers. When Rowan was born, there were already two sons in their family. His elder brothers’ name were Rodney and Rupert.

A family budget allowed Rowan to study in a very prestigious and expensive school, and many of his classmates became famous people afterwards. Rowan became famous too, though in school he was considered a silly boy, in spite of his good progress in studies and seriousness. The reason of this strange reputation was Atkinson’s unwarranted pensiveness – when Rowan “went out” of reality, his face became distorted in a ridiculous grimace. His classmates even kept calling him “an alien”. The only boy, who didn’t jeer at him, was Tony Blair – a future Prime-Minister of England.

Rowan remained his oddity when being a student in the engineering department of the Oxford University. Students of the same year were never tired of laughing at him, but one of the students, Richard Curtis, managed to see Atkinson from the other side. Curtis took active part in life of students’ theatre and gave Rowan an idea to try himself in comedian pantomime. He also became a co-author of scripts and sketches of Rowan Atkinson for many years.

The success on the stage didn’t make Rowan leave university, but his engineer’s certificate never proved useful to him. Atkinson decided not to learn actors’ art – his lively face, unusual mimic and natural talent цуку sufficient enough to make him worldly popular. At the age of twenty two he attracted attention for the first time, when he was making a performance during the Edinburgh festival. A year later, in 1978, Rowan was offered to take part in two projects at once. A radio show “The Atkinson People” became very popular soon, and Rowan was not only its main actor, but also an anchorperson and an author of scripts. This project brought Atkinson a title “a person of the year by BBC”.

In 1981 Rowan put on the stage his own “show of one actor” in a London theatre “The Globe”, and by the end of a season the Theatrical society of West-End awarded him with a prize as “a comedian of the year”. In 1983 Rowan made his debut in cinema – in a film about James Bond “Never say never”. Sean Connery played a superagent, and Atkinson played his boss.

But the real recognition came two years later, after appearance oа a comedian television series “Blackadder”, where he played a main part. The script of this serial was written by Richard Curtis, and it told about Britain’s history from the most funny and absurd point of view. T”Blackadder” plot was based on adventures of “antihero” Edmund Blackadder in different historic times. Curtis had two co-authors – during the first series Rowan cooperated with him, and then Curtis started to work with Ben Elton. Afterwards four season of serial, which were shown for seven years on TV, and several independent films were combined under one name.

“Blackadder” was an incredible success and during next five years it became a prize-winner of “Emmy” (as the best foreign film) and a laureate of three awards of the British academy and three “ACE”. Rowan Atkinson was called “a person of the year” again, he got several awards and prizes, including a prize “to the best actor of entertaining style”. In 2000 this serial took the 16th place in a list of a hundred greatest television programs of Britain (the list was made by the British Institute of cinematography). Four years later a television survey was made among British viewers and according to its results “Blackadder” became the second in a British nomination “the best situation comedy”. But Atkinson’s success of this serial was only a step to the way of worldwide fame.

The idea а comedian series about Mister Bean appeared as far back as in 1979, ant then neither a future actor Rowan Atkinson nor a future script-writer and producer Richard Curtis imagined that an invented by them character, an infantile and comical person in tweed shabby jacket and short trousers would become so popular. But it was this character that rose on such a top in “BBC” rating, breaking all records and remaining unsuppressed till nowadays.