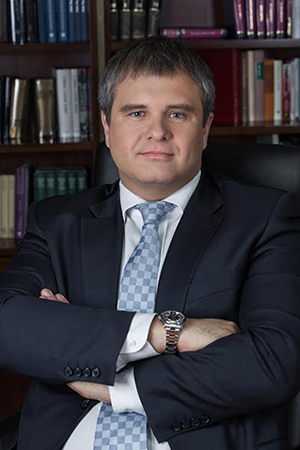 Since 2012 he is serving as an investment advisor to the governor of Yamalo-Nenets Autonomous Okrug.

In 2013 Putin became the director of the Russian Academic Foundation, an organization for university education support and development. He is also the head of the board of trustess of the Russian Taekwon-Do ITF Federation.

In 2001 Putin graduated with honors from the Military Academy of Logistics and Transport (Volsk branch). Between 2001 and 2003 he worked at the anti-corruption, economic crimes and drug trafficking units at the Federal Security Service of the Russian Federation (FSB).

From 2003 to 2007 Putin served as a manager for the controls and audits at the Economic Analysis and the Financial Control Department at the Ryazan City Council. The audits conducted during his work resulted in a return of over 500 million rubles of illegally spent municipal funds to the city budget .

From 2007 to 2008 Putin headed the Ryazan branch of ОАО Mobile TeleSystems and was responsible for the company’s rebranding and opening of new offices in the Ryazan region.

Between 2008 and 2011 Putin served as an advisor on security matters to the mayor of Ryazan and helped launch the complex electronic security system Safe City.

In 2011 Putin became the chairman of MRT Group LLC , a company providing maintenance and repair services to state railroad monopoly OAO Russian Railways. As head of the company, Putin is promoting the VEB-supported “River Taxi” project of organizing regular river passenger transport in and around Moscow in partnership with the city government.

In 2011 Putin became a co-owner of MRT-AVIA company, a Russian maker of gyroplanes. In September 2011 at Center-2011 military exercises, he personally made a presentation of the latest gyroplane model to Russian President Dmitry Medvedev.

Since 2012 Putin is an investment advisor to the governor of Yamalo-Nenets Autonomous Okrug Dmitry Kobylkin. As an adviser to head of Russia’s regional governments Putin provides communication between the local authorities, the business community, the Russian and foreign investors, and is lobbying major regional business projects at the federal level.

Since 2013 Putin is an independent private investment advisor, providing integrated security consultancy for investment projects in Russia, working with domestic and international investors, providing advice on medium and long-term projects, as well as assisting with financing and economic efficiency analysis.