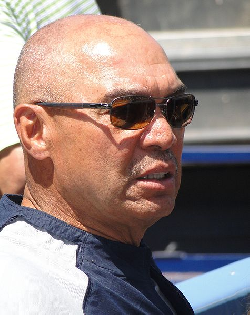 Jackson was inducted into the Baseball Hall of Fame in 1993.http://baseballhall.org/hof/jackson-reggie The Athletics and Yankees both retired his uniform number.http://bleacherreport.com/articles/751854-worst-retired-numbers-in-sports#/articles/751854-worst-retired-numbers-in-sports/page/3 Jackson currently serves as a special advisor to the Yankees.http://articles.latimes.com/2012/jul/10/sports/la-sp-sn-yankees-reggie-jackson-20120710

In the 1966 Major League Baseball Draft, Jackson was selected by the Kansas City Athletics. He was the 2nd overall draft pick in the 1st round, behind catcher Steve Chilcott, who was selected by the New York Mets. According to Jackson, Winkles told him that the Mets didn’t select him because he had a white girlfriend. Winkles later denied the story, stating that he didn’t know the reason why Jackson wasn’t drafted by the Mets. It was later confirmed by Joe McDonald that the Mets drafted Chilcott because of need, yet again the person running the Mets at the time was George Weiss a known racist, so the true motive may never be known.

Jackson progressed through the minors quickly, reporting for his first training camp with the Single-A Lewis-Clark Broncs, Lewiston, Idaho in June, 1966, having signed for $85,000 (source: "40 Years Ago Today" in the Lewiston Morning Tribune June 15, 2006,) and playing one season for the A’s Single-A teams, the Broncs and Modesto, California and one more season for their Double-A affiliate in Birmingham, Alabama. It was in Birmingham that Jackson got his first taste of racism, being one of only a few blacks on the team. He credits the team’s manager at the time, John McNamara, who had previously been the Broncs’ catcher-manager, for helping him through that difficult season.

Jackson debuted in the major leagues with the A’s on June 9, 1967, a 6–0 A’s victory over the Cleveland Indians in Cleveland. Following that season, the Athletics moved to Oakland. Jackson hit 47 home runs in 1969, and was briefly ahead of the pace that Roger Maris set when he broke the single-season record for home runs with 61 in 1961, and that of Babe Ruth when he set the previous record of 60 in 1927. Jackson later said that the sportswriters were claiming he was "dating a lady named ‘Ruth Maris.’" That off-season, Jackson sought an increase in salary, and Athletics owner Charlie O. Finley threatened to send Jackson to the minors. Commissioner Bowie Kuhn successfully intervened in their dispute, but Jackson’s numbers in 1970 dropped sharply, as he hit just 23 home runs while batting .237. The Athletics sent him to play in Puerto Rico. There he played for the Santurce team and hit 20 homers and knocked in 47 runs to lead the league in both departments. Jackson hit a memorable home run in the 1971 All-Star Game at Tiger Stadium in Detroit. Batting for the American League against Pittsburgh Pirates pitcher Dock Ellis, the ball he hit soared above the right-field stands, striking the transformer of a light standard on the right field roof. In 1984, he would hit a home run over that roof.