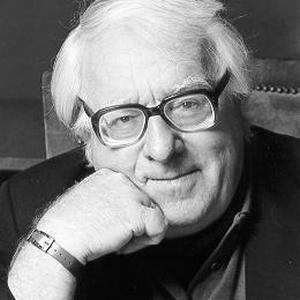 Raymond Douglas Bradbury, one of the greatest science-fiction writers of the twentieth century, was born in an American town Waukegan (Illinois) on the 22nd of August in 1920.

Leonard Spolding Bradbury, Ray’s father, was a descendant of the first English settlers and inherited passion for travelling from him. He married a Swedish girl Mary Ester Moberg and firstly they gave birth to the twins Leonard and Sam, then Ray was born, and the last was daughter Elizabeth. Sam and Elizabeth died in childhood, and all motherly feelings of Mary Bradbury fell to the youngest son’s lot – she took too much care about him. The boy was put to bed because of small cold, and she was fed from a bottle till six, when his father broke it in a sink. It isn’t surprising, that the boy was unsportsmanlike and dreamy.

Ray was offended because his father broke the bottle and loved his uncles – Einar and Bion – more. Only after Leonard Bradbury’s death a dedication to his father with “late love” appeared in one of his books. His aunt Nevada also had a great influence on the boy. She was a sculptor, artist and a big visionary, she showed her nephew the world of books and music.

It is possible that Ray inherited literary talent from his grandfather and great grandfather, who in nineteenth century published newspapers in Illinois. But, probably, the main reason of his art was unique memory, which allowed remaining all impressions of childhood. The writer himself always claimed that images and plots, created by him, were really recollections about the childhood – a big house of his grandfather, a ravine hear the house, “strawberry window”, a little provincial town of his childhood always appeared on the pages of his books. And one of the most emotional shock was a silent film “A humpback of Notre Dame de Paris”, where Lon Chaney played. Ray saw this film at the age of three and remembered forever.

A childish fear of a monster, who was awaiting in the dark on the top step of the stairs, had a great influence of Bradbury’s art. Little Ray had a very imaginative mind and saw the monster pretty clearly, and he was always surprised that mother didn’t see it. But the boy didn’t give up trying to climb the stairs alone – he sincerely thought that he was a great grandson of a witch, who was very much talked about in their family. According to family legends, Mary Bradbury was burnt after the famous Salem trial of witches. Probably, that’s why evil spirits were always kind in Ray Bradbury’s books, and the beyond beings were more humane than sanctimonious people and Puritans, who tried to struggle with them.

In 30-s, in the middle of the Great Depression in USA, Bradbury’s family moved to Los Angeles, and their financial situation didn’t improve. Ray had to wear a suit of uncle Lester, who had died because of a burglar’s shot, on his graduation ball. Mother neatly mended a hole of the bullet.

High school was the last educational step of Ray Bradbury – he didn’t have money to enter college, and Ray got all his knowledge from books. He called Jules Verne his father, Mary Shelley, a creator of Frankenstein, his mother, and Herbert Wells – a wise uncle, Edgar Poe – a cousin, who always lived in the attic of the parents’ house like a bat. According to Bradbury’s words, with such a family one could become only a science-fiction writer, and he chose this profession at the age of twelve, when he understood, that he wanted only to write, and he dedicated all his life to writing art. At the age of eighteen he sld newspapers to earn some money, later lived at the expense of his wife, and wrote every day – he had an incredible persistence in this field. Bradbury called Dostoevsky his teacher and claimed that it was his books which taught him how to write novels and tell stories in youth.

The first novel of Ray Bradbury was published in 1941, and the first collection under the name “Gloomy carnival” was published in 1947. But fame and commercial success came to him in 1950 owing to “Martian chronicle”. He went to his literary agent in New York by bus to give this manuscript, because he didn’t have money to travel by train.