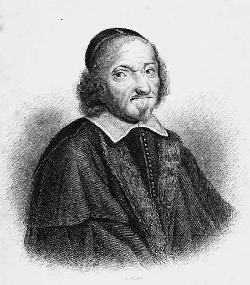 According to a plaque on the wall of York Minster he was believed to have been born in York in or about 1488. He studied at Cambridge (bachelor of canon law 1531), became priest at Norwich in 1514 and entered the convent of Austin friars at Cambridge, where Robert Barnes was prior in 1523 and probably influenced him in favour of Reform. When Barnes was tried for heresy in 1526, Coverdale assisted in his defence and shortly afterward left the convent and gave himself entirely to preaching.

From 1528 to 1535, he appears to have spent most of his time on the Continent. In 1535 he published the first complete English Bible in print, the so-called Coverdale Bible. As Coverdale was not proficient in Hebrew or Greek, he used ‘five soundry interpreters’ in Latin, English and ‘Douche’ (German) as source text. He made use of Tyndale’s translation of the New Testament (following Tyndale’s November 1534 Antwerp edition) and of those books which were translated by Tyndale: the Pentateuch, and the book of Jonah. The publication appeared in Antwerp and was partly financed by Jacobus van Meteren. In 1537, his translations were included in the Matthew Bible. In 1538, he was in Paris, superintending the printing of the "Great Bible," and the same year were published, both in London and Paris, editions of a Latin and an English New Testament, the latter being by Coverdale. That 1538 Bible was a diglot (dual-language) Bible, in which he compared the Latin Vulgate with his own English translation. He also edited the Great Bible (1540). Henry VIII had a Coverdale Bible put into every English Church, chained to a bookstand, so that every citizen would have access to a Bible.Rex, Richard, “the Crisis of Obedience: God’s Word and Henry’s Reformation,” The Historical Journal, V. 39, no. 4, Dec. 1996, p. 893-4.

He returned to England in 1539, living briefing in Newbury, but on the execution of Thomas Cromwell (who had been his friend and protector since 1527) in 1540, he was compelled again to go into exile and lived for a time at Tübingen, and, between 1543 and 1547, was a pastor and schoolmaster at Bergzabern (now Bad Bergzabern) in the Electorate of the Palatinate, and very poor.

In March, 1548, he went back to England, was well received at the court of the new monarch, Edward VI, and was made king’s chaplain and almoner to the queen dowager, Catherine Parr. In 1551, he became Bishop of Exeter, but was deposed in 1553 after the succession of Queen Mary. He went to Denmark (where his brother-in-law was chaplain to the king), then to Wesel, and finally back to Bergzabern. In 1559, he was again in England, but was not reinstated in his bishopric, perhaps because of puritan scruples about vestments. From 1564 to 1566, he was rector of St. Magnus’s, near London Bridge. On 20 January 1569, Coverdale died in London and was buried in St. Bartholomew’s by the Exchange; when that church was demolished in 1840 to make way for the new Royal Exchange, his remains were moved to St. Magnus.

Coverdale is honoured, together with William Tyndale, with a feast day on the liturgical calendar of the Episcopal Church (USA) on 6 October.