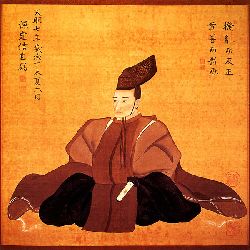 Following the last failed attempt at adoption by the shogun, Sadanobu was adopted by Matsudaira Sadakuni, head of one of the Hisamatsu-Matsudaira houses (another Tokugawa cadet branch), which ruled the Shirakawa Domain in southern (Mutsu Province with an assessment of 110,000 koku), succeeding to headship in late 1783 following his stepfather’s protracted illness.Ooms, p. 17, 50. He was immediately faced with his domain’s economically disastrous position: of 110,000 koku that it was supposed to be able to produce, 108,600 had been reported "lost".Ooms, p. 50. Sadanobu worked ceaselessly to fix the economic situation in Shirakawa, finally saving it and bringing its finances and agriculture back to stability. These reforms, coupled with Sadanobu’s continued political maneuvering, brought him fame, and he was named chief councilor of the Shogunate in the summer of 1787, and regent to the 11th shogun Tokugawa Ienari early the following year.Totman, Conrad. (1988) Politics in the Tokugawa Bakufu, 1600-1843, p. 224.

This period of Sadanobu’s strengthening of the already faltering Tokugawa regime is known as the Kansei Reforms. His policies could as well be construed as a reactionary response to the execesses of his predecessor under Shogun Ieharu.Hall, J. (1955). Tanuma Okitsugu: Forerunner of Modern Japan, 1719-1788. pp. 131-142. He recovered the finances of the Shogunate to some extent, and had some success in rescuing its reputation. However, following the Title Incident and the visit of Adam Laxman, Sadanobu’s credibility and popularity in the Tokugawa bureaucracy became overtaxed, and true to the suggestion in his autobiography that "one should retire before discontent sets in," he resigned.Ooms, p. 152.

Sadanobu was born in Edo Castle on January 15, 1759, into the Tayasu branch of the Tokugawa house. The Tayasu was one of the gosankyō, the seniormost of the lesser cadet branches of the Shogun’s family, which still bore the name Tokugawa (instead of the cadet branches which had the Matsudaira surname).Ooms, Herman. (1975). Charismatic Bureaucrat: A Political Biography of Matsudaira Sadanobu, 1758-1829, p. 17.

His father was Tayasu Munetake, the son of the reform-minded eighth shogun Tokugawa Yoshimune.Ooms, p. 17. The Tayasu house stood apart from the other cadet branches resident in Edo Castle, living a more austere lifestyle, following the example set by Yoshimune—in Munetake’s words, the praise of manly spirit (masuraoburi) as opposed to feminine spirit (taoyameburi).Ooms, p. 19. It also set itself apart from the other branches due to its history of thwarted political ambition—the founder, Munetake, had hoped to become his father’s heir but was passed over for Yoshimune’s eldest son, Ieshige. As a result, Sadanobu was brought up from a very young age with the hopes of being placed as the next shogunal heir. His education was very thorough, being done along Confucian lines, and by his teens Sadanobu had already read and memorized much of the Confucian canon. As he matured, there was a further onus on Sadanobu for success as several members of the Tayasu house began to die young. Further attempts were made by the family to place Sadanobu as the next shogunal heir, but they were thwarted by the political clique of Tanuma Okitsugu, who was then in power as the chief rōjū.

Though Sadanobu resigned from his position on the senior council, he continued to keep up with political affairs, especially keeping in close touch with Matsudaira Nobuaki (his successor in the senior council), as well as the rector of the Shogunate’s college, Hayashi Jussai, whom he had personally installed in that position.Ooms, p. 144. During these last few years of his rule in Shirakawa, he was also involved in matters of national defense, taking up security duties on the Boso Peninsula in 1810 together with Matsudaira Katahiro of Aizu.Ooms, pp. 151-152 In domainal matters, Sadanobu continued to devote himself to the reforms he had established, as well as to education. He retired from the family headship in 1819, and was succeeded by his son Sadanaga. Sadanobu died in 1829, and according to his will, his son petitioned the Yoshida family in Kyoto to grant him the deified title of Shukoku-daimyōjin. This was granted in three stages, in 1833, 1834, and 1855.Ooms, p. 44n; 155. Sadanobu was enshrined together with the Hisamatsu founder Sadatsuna, Sugawara no Michizane, and two other figures, in the Chinkoku-Shukoku shrine.Ooms, p. 44n This shrine has branches both in Kuwana, where Sadanaga was transferred, and in Sadanobu’s former fief of Shirakawa, where the shrine was built in 1918.

One of Sadanaga’s sons, Itakura Katsukiyo, became almost as famous as his grandfather in the late Edo era, due to his attempted reforms of the Shogunate.

Aside from his political reforms, Sadanobu was also known as a writer and a moralist, working under the pen name Rakuō (楽翁). Some of his notable texts include Uge no Hitokoto, Tōzen Manpitsu, Kanko-dōri, Kagetsutei Nikki, Seigo, and Ōmu no Kotoba, among others.Ooms, p. 25. Some time after his death, it was discovered that he had written a satirical text parodying daimyo life, titled Daimyō Katagi. Scholars have since been somewhat taken aback by this discovery, since the text falls into the category of gesaku, which Sadanobu officially opposed.