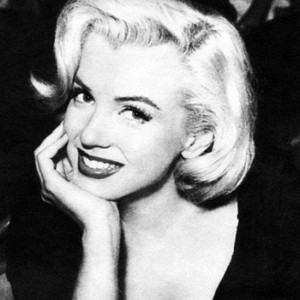 On the 1st of June in 1926 in one of Los Angeles hospitals a girl, named Norma Jean Baker, was born. The girl contained so complicated genetic mixture, that later biographers added to her genealogy more and more new elements. For example, her grandmother came in America from Ireland, and grandfather moved there from Scotland. Norma’s mother, Gladys Pearl Monroe, Baker in marriage, was born in Mexico.

Norma wasn’t born in marriage, but mother said that her father was Martin Edward Mortensen (Baker), her former husband. The matter was that Norma’s father broke up with his wife when he got to know that she was pregnant. When Norma was eight years old, her mother was put in a special clinic, because they suspected a mental illness. Gladys’ friend Grace Macky, formalized a care of the girl, but a year later she got married, and her husband was against Norma, he didn’t want to keep a somebody else’s child. Grace sent Norma to a Los Angeles orphanage, where the girl was formed under the number 3463. To years later Grace regretted about it and took Norma from the orphanage, but her husband annoyed Norma so much, that they had to send her to her aunt, Ann Lower.

At the age of sixteen Norma married Jim Dougherty, Grace’s neighbour, and у year later she made her first attempt of suicide, but she was saved. Two years after Jim was sent to the army. After his departure Norma had to live with mother-in-law and become a worker on the defense factory. There she was noticed by an army photographer, who made glossy posters for soldiers’ cheering up. American men liked her image so much that in 1946 she appeared on thirty three magazines’ covers, and the most famous American photographers photographed her. Norma was invited to work in a model agency, and in summer of 1946 a studio “XX-Fox” concluded a contract with her. To improve the girl’s image they offered to change the name – and Norma Baker became a future star Marilyn Monroe.

The girl found a hope for better future with a stage name, she started to take dancing, plastique and singing lessons and seriously dreamt about future fame. She divorced with the first husband. Grace Macky formalized all documents for divorce. Marilyn’s debut in cinema took place in a film “Scudda Hoo! Scoodda Hay!”, which was made in 1948. During the shootings she had an affair with the studio’s director Joseph Shank. Marilyn wanted to marry him, but soon she got to know that he was ready to share her with other producers. The next Marilyn’s shootings were in a film “Dangerous Years”. Then her contract with the studio “XX-Fox” ended, and Marilyn didn’t renew it. She was invited to the other studio – “Columbia”, to play in a film “Ladies of the Chorus”. It was surprising that Columbia cancelled the contract, though critics’ reviews were well-disposed. Marilyn Monroe had to become a photo model again. She was shot topless for the first time for a calendar. This photograph was reprinted in “Playboy” in 1953. It brought Marilyn 50 dollars, and the editor of the magazine got more than a million on this photo.

1950 was extremely successful for Marilyn – she played in five films. She worked especially well in a criminal drama “The Asphalt Jungle” of John Huston. A role of a blond girl in silk pajamas impressed Joseph Mankiewicz so strongly that he offered her a role of miss Kaswell in a film “All About Eve”. But these roles were insignificant, and only in 1951 Marilyn Monroe got her first big role in a film “Love Nest”. The actress’s popularity increased, and people began to recognize her on the streets. The direction of “XX-Fox” came to its senses and offered Marilyn to play a main role of a mad governor in a film “The Demon awakes at Night”. But the image for this film was chosen absolutely wrongly, and in result the film failed. The studio “XX-Fox” blamed the actress for this failure and announced that the role wasn’t successful because of the so much talked about photo for the calendar. But everybody knows that bad fame is good advertising. This scandal made Marilyn more popular among American people.