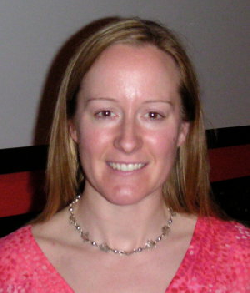 Margaret Carol Turnbull is an American astronomer. She received her PhD in Astronomy from the University of Arizona in 2004. Turnbull is an authority on star systems which may have habitable planets, solar twins and planetary habitability.

In 2002, Turnbull developed the HabCat along with Jill Tarter, a catalog of potentially habitable stellar systems. The following year Turnbull went on to further identify 30 particularly suitable stars from the 5,000 in the HabCat list that are within 100 light years of Earth.

In 2006, Turnbull drew up two shortlists of just five stars each. The first will form the basis of SETI radio searches with the Allen Telescope Array (Beta Canum Venaticorum, HD 10307, HD 211415, 18 Scorpii, and 51 Pegasi). The second are her top candidates for the Terrestrial Planet Finder (Epsilon Indi, Epsilon Eridani, 40 Eridani, Alpha Centauri B, and Tau Ceti).

In 2007, Turnbull was cited as a "Genius" by CNN for her work cataloging stars most likely to develop planets that could support life and intelligent civilizations.

The asteroid 7863 Turnbull was named in her honor.