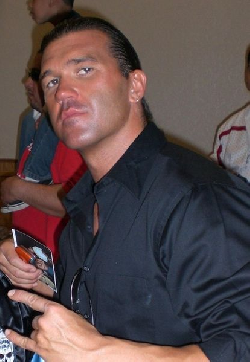 Kazarian is a two-time former world champion, having won the PWG World Championship in 2003 and 2004. Kazarian is also a five-time TNA X Division Champion and a two-time TNA World Tag Team Champion.

Kazarian made a cameo appearance on an episode of The Man Show where Jimmy Kimmel and Adam Carolla learned how to wrestle. He also appeared in the film Backyard Dogs in 2000 as "Snake Duggan" and was on an episode of Distraction with Curry Man and Samoa Joe. Kazarian was also referenced in Mike Vallely’s documentary, Mike V’s Greatest Hits, in which one part of it involved the pro skater spending part of his time as a wrestler. He also made a cameo appearance in MTV’s Made when The Motor City Machineguns were making a Michigan choir boy into a professional wrestler.