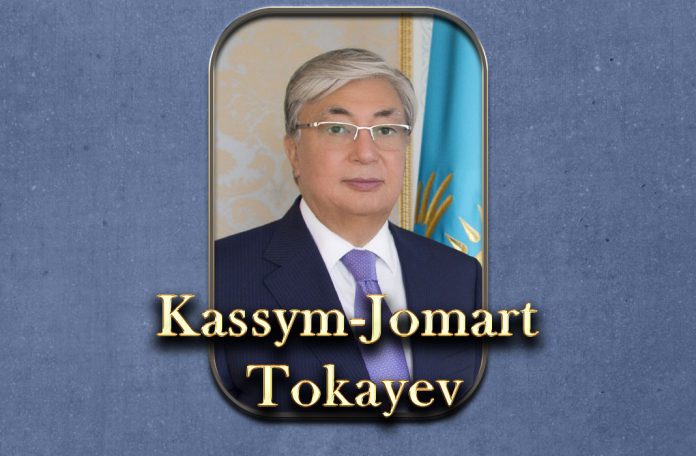 Kassym-Jomart Tokayev (was born on 17 May 1953 in Alma-Ata, Kazakhstan) is a politician and diplomat. He took office as the President of Kazakhstan on 20 March 2019

His father, Kemel Tokayev (1923-1986), was a veteran of the Second World War and a well-known Kazakh writer. His mother, Turar Shabarbayeva (1931-2000), worked at the Alma-Ata Institute of Foreign Languages.

The position was established on 24 April 1990, to 20 March 2019, Nursultan Nazarbayev was President of Kazakhstan. 19 March 2019, at 19:00, he announced his resignation on March 20, 2019. Instead, Kassym-Jomart Tokayev, chairman of the Senate of Parliament, became president of Kazakhstan. It is reported that Nursultan Nazarbayev remains chairman of the Security Council. As Minister of Foreign Affairs, Mr Tokayev played an active role in the field of nuclear non-proliferation. In 1995 and 2005, he participated in the Review Conferences for the Treaty on the Non-Proliferation of Nuclear Weapons (NPT) in New York. In 1996, he signed the Comprehensive Nuclear-Test-Ban Treaty (CTBT) in New York, and in 2005 the Treaty on a Nuclear-Weapons-Free Zone in Central Asia (CANWFZ) in Semipalatinsk. He was elected Chairman of the Council of Foreign Ministers of the Commonwealth of Independent States and the Shanghai Cooperation Organization. Mr Tokayev took part in ten sessions of the United Nations General Assembly.

From 20 March 2019, is the current President of the Republic of Kazakhstan. Initially, it was assumed that according to the Constitution, he would be the head of the country until the expiration of the election term of the First President Nursultan Nazarbayev. The next presidential elections in Kazakhstan were to be held in 2020. However, Tokayev later announced the call for early elections in 2019. On April 9, 2019, in a televised address to the people of Kazakhstan, Kassym-Jomart Tokayev announced the holding of extraordinary presidential elections to be held on June 9, 2019.

One of the first steps of Tokaev in the presidency was the renaming of the capital of the state of Astana to Nur-Sultan in honour of the former President Nazarbayev, as he stated in his first inaugural speech. The proposal supported by the Parliament of Kazakhstan and the deputies of the city maslikhat, and on 23 March Tokayev signed Decree on renaming the city.

The first official visit after taking the office of the President of Kazakhstan made to the Russian Federation on April 3, 2019. Kassym-Jomart Tokayev won the presidential election by a margin of 70% of the vote.
The extraordinary presidential elections were held on June 9, 2019. International observers said that everything went without violations.
Nursultan Nazarbayev, who led the country for almost 30 years, resigned on March 20. Tokayev became acting president. Three weeks later, he was called by special elections.
In Kazakhstan, the president is elected for a term of 5 years.

A career in the United Nations

Mr Tokayev holds a Doctorate in Political Science. He is the author of six books and numerous articles on international affairs. He is a Fellow of the World Academy of Art and Science (WAAS), an Honorary Professor and Doctor of the Diplomatic Academy of the Ministry of Foreign Affairs of the Russian Federation, as well as a member of its Board of Trustees. He is also Honorary Dean of the Geneva School of Diplomacy and International Relations. As Director-General of UNOG, he received the “Academicus” award from the University of Geneva. He is fluent in Russian, English and Chinese and knows French. He is the recipient of several state awards from the Republic of Kazakhstan and other countries.

Tokayev was married and has a son, Timur Tokayev, born in Moscow in 1984, who graduated from the Collège du Léman and Webster University in Switzerland.

Timur Tokayev is a large entrepreneur in the oil sector (Abi Petroleum Capital). He heads the charity foundation named after his grandfather – Kemel Tokayev.

His ex-wife, Nadejda Tokayeva, was born in 1957 and graduated from the Moscow State Institute for History and Archives. He holds a PhD in Political Science.