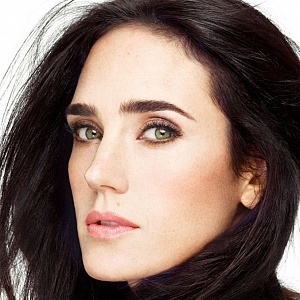 On the 12 of December in 1970 in New York State, in a small town Catskill Mountains a girl, named Jennifer, was born. Her father, Gerard Connelly, had Norwegian and Irish origin. He worked on a garment factory, which specialized on children’s clothes. The girl’s mother, Elein, descended form Jewish from Poland and Russia. After moving to Woodstock Elein Connelly kept a small antique shop. When Connelly’s family moved to New York, Jennifer started to study at the Saint Anna’s School.

In the childhood Jennifer didn’t distinguished from her classmates and children of her age. As in many occasions of the stars’ rising on the cinematographical Olymp, an accident played a significant role in the girl’s destiny. One of her parents’ friend worked in an agency, which made commercials – he made several photographs of a nine year old Jennifer, who was beautiful, like a doll, to offer them in his agency. But it was “Ford Agency” which was interested in the girl, and soon Jennifer turned into a needed model. Though, she was very depressed with model’s work – she felt absolutely strange in a mad whirl of photo sessions. And when the young model was invited to play in a film, she agreed without hesitations.

Jennifer’s début as an actress took place in a episode of a British serial “Tales of the Unexpected”, which was a real anthology of nightmare and terror. Right after this work Jennifer was suggested to play in a video of the group “Duran Duran” (the song “Union of the Snake”), which was made by a director Simon Mylne. Jennifer Connelly played her first significant role in 1982 – in a film “Once Upon a Time in America”, in which she created an image of the main character, Deborah, in youth. It is curious, that the actress calls the shootings in this sensational film the easiest in her career. After watching the audition a director, a famous Italian Sergio Leone, invited her to a meeting and asked just to dance. On the next meeting Robert De Niro also came, and Jennifer was immediately approved for this role, because they considered her to resemble Elizabeth McGovern very much, who played an adult Deborah. As a result Jennifer spent her twelfth birthday on the shooting area.

Jennifer got her next role from an Italian director too. “Phenomena” was a cult horror film, and Dario Argento was very pleased with her work. But the next film “Seven Minutes in Heaven” went only on limited distribution because of the studio’s refusal to support the project. But a film “Labyrinth” more than compensated the previous failure. During the open competition for a role of Sarah Jim Hanson, the “Labyrinth” director was convinced for a minute that Jennifer Connelly was an ideal actress for that image. A film’s producer George Lucas confirmed his opinion. And David Bowie, Jennifer’s partner on the shooting area, claimed, that the girl remined him Elizabeth Tailor in youth. After distribution in 1986 “Labyrinth” turned Jennifer Connelly into an object of admiration for many viewers.

Two next films, in which Jennifer played, weren’t noticeable events in the life of American cinema. A ballet dancer in a film “Etoile” of 1988 and a self-sufficient student in “some Girls” of 1989 didn’t add popularity to the actress. But the girl was already eighteen years old, and she decided to devote her life to cinema first last and all the time and to become a famous actress. In spite of the fact that a film “some Girls” wasn’t too noticeable, it made its business – Jennifer was noticed by Dennis Hopper, a famous director. She offered the actress to play in his film “The Hot Spot”, which appeared in 1990. the plot of this film was written on a criminal story of Charles Williams under the name “Hell Hath No Fury”, and Jennifer played with Don Johnson in it. The shootings were complicated with a fact that the director didn’t come to terms with Johnson and after the work he even called the actor “a papula on the humanity’s ass”. It was pretty inconvenient for Jennifer – she had to struggle to cope with the work between the director and the partner. Later evil tongues told that the actress dated Don Johnson beyond the shooting area. It should be noticed, that press marked high quality of Jennifer Connelly’s artistic work on the role in a film “The Hot Spot”. For example, Stefan Schiefer characterized Connelly as a talented actress, who smoothly passed from children’s roles to adult roles.