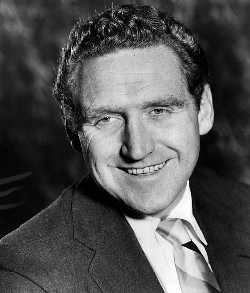 Whitmore was twice married to Nancy Mygatt, first in 1947. The couple had three sons before their divorce in 1971. One of those sons, James, III, found success as a television actor and director under the name James Whitmore, Jr. Another son, Steve Whitmore, became the public spokesman for the Los Angeles County Sheriff’s Department. His youngest son, Daniel, was a Forest Service Snow Ranger and firefighter before he launched his own construction company.

Whitmore was married to actress Audra Lindley (died 1997) from 1972 until 1979. He later remarried Mygatt, but they divorced again after two years.

In 2001, he married actress and author Noreen Nash, who is the grandmother of film actor Sebastian Siegel.

Whitmore is the grandfather of Survivor: Gabon contestant Matty Whitmore. In his later years, Whitmore spent most of his summers in Peterborough, New Hampshire, performing with the Petersborough Players().

Although not always politically active, in 2007, Whitmore generated some publicity with his endorsement of Barack Obama for U.S. President. In January 2008, Whitmore appeared in television commercials for the First Freedom First campaign, which advocates preserving "the separation of church and state" and protecting religious liberty. . First Freedom First.