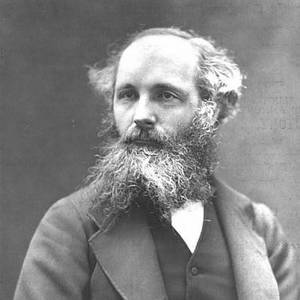 James Clerk Mazwell was born on the 13th of June in Edinburgh, in an aristocratic ancient family of the Clerks. His father John Clerk Maxwell was a member of the Bar, he had a university education, but he didn’t like his profession and in his free time he took a great interest in technology and science. James’s mother Frances Cay was a daughter of a judge. After the boy’s birth the family moved to Middleby, Maxwell’s family estate on the south of Scotland. Soon John built a new house there and named it Glenlair.

The future great physicist’s childhood was darkened only by early mother’s death. James was a curious boy and owing to father’s interests he was surrounded with “technical” toys, such as a model of the celestial sphere and “a magic disc”, a predecessor of cinematography. Nevertheless, he was also interested in poetry and wrote poetry by himself, incidentally, he didn’t give up writing even till the end of his life. James got a primary education of his father, and only when the boy was ten, they hired the first home teacher. Though, father quickly realized that such education was ineffective and sent the son to Edinburgh to his sister Isabella. James entered the Edinburgh Academy, where children got classical education – Latin, Greek, ancient literature, Holy Writ and little mathematics. The boy firstly didn’t like to study, but gradually he became the best in his class and got interested in geometry. At that time he invented his own method of drawing ovals.

At the age of sixteen James Maxwelll finished the academy and entered the Edinburgh University. He once and for all was carried away with exact sciences, and in 1850 the Edinburgh Royal Society acknowledged his work on the theory of elasticity. In this year his father agreed that the son needed more prestigious education, and James went to Cambridge, where he studied in the Peterhouse college, and on the second term he transferred to the Trinity college. Two years later Maxwell got a university scholarship for his progress. However, in Cambridge he wasn’t very busy with science – he read, made new acquaintances and actively moved in the circle of university intellectuals. His religious views were formed at that time – an absolute faith in the God and skeptical attitude to theology, which was placed on the last place among other sciences by James Maxwell. In his student years he also became a follower of a so-called “Christian socialism” and took part in “Working college” work, delivering popular lectures there.

At the age of twenty three James passed the final examination on mathematics and took the second place in a student list. When he got a bachelor’s degree he decided to stay in the university and prepare to a professor’s degree. He taught, continued to collaborate with “Working college” ad started writing a book about optics, which, however, he never finished. At that time Maxwell made an experimental comic investigation, which became a part of Cambridge’s folklore. The aim of this investigation was “cat spinning” – Maxwell detected a minimal height, from which a cat, when falling, stand up on her legs. But the main interest of James was a theory of colour, which was based on the Newton’s idea about existence of seven main colours. At that time he also started to be keen on electricity. Immediately after getting a bachelor’s degree Maxwell started to study electricity and magnetism. He accepted the position of Michael Faraday in a question of the nature of magnetic and electric effects – according to this position, lines of force connect negative and positive charges and fill surrounding space. But a strict science electrodynamics had already got right results, and that’s why Maxwell wondered if he could make a theory, which would include Faraday’s views and electrodynamics’’ results. Maxwell developed a hydrodynamic model of lines of force, and he was the first who explained Faraday’s regularities on mathematician language in a form of differential equation.

In autumn of 1855 James Maxwell successfully passed a necessary examination and became a member of the university council, what at that time meant an adoption of a vow of chastity. With the beginning of the first term he started to deliver lectures about optics and hydrostatics in a college. But in winter he had to go to his native estate to move his seriously ill father to Edinburgh. When he returned in England, he knew that the Aberdeen Marischal college had a vacancy of a natural philosophy teacher. This post gave him an opportunity to be closer to his father and also James Maxwell didn’t see any prospect for himself in Cambridge. In the middle of spring in 1956 he became a professor in Aberdeen, but John Clerk Maxwell had died before his son’s appointment. James spent a summer in his native estate and in October he went to Aberdeen.