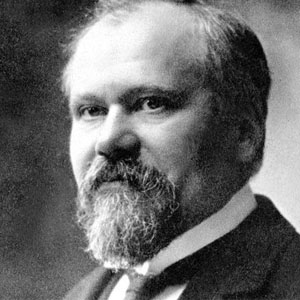 Historians reckon that Poincare was one of the greatest mathematicians of the whole history of mathematics. Together with Hilbert, he is considered to be a mathematician-universalist, who was able to summon all the mathematics results of his time. He was the author of more than 500 articles and books. Contemporaries said that was not exaggeration to say that there was no field in mathematics, contemporary to Poincare, “pure” or “applied”, which was not enriched by Poincare’s remarkable methods and results.

His most important achievements are:

Creation of mathematical base for the theory of relativity

Henri Poincare was born on 29 April 1954 in Nancy (Meurthe-et-Moselle, France). His father, Leon Poincare (1928 – 1892) was a professor of medicine in Nancy university. And Henri’s mother, Euginie Launois, spent all her time to up bring their children, son Henri and daughter Aline.

There were also famous people among Poincare’s relatives. Cousin Raymond became the president of France (since 1913 till 1920) and other cousin, physicist Lucian Poincare, was the general inspector of public education of France. Since 1917 till 1920 he occupied the position of chancellor of Parish University.

Since his childhood Henri Poincare had the reputation of an absent-minded person, and he would maintain it trough his whole life. Being a child he suffered from diphtheria, which gave him complication of temporal paralysis of legs and soft palate. The disease didn’t leave him for several months, during them he was not able to walk and talk. But during that period his auditory perception developed, particularly he obtained an unusual ability to associate colors with sounds, which didn’t leave him for his whole life.

Having had good preparation at home, Henri was able to enter the second grade of lycee at once. At lycee he was known to be an industrious and curious pupil of broad erudition. At that period his interest to mathematics was moderate and some time later he joined the literature department. On 5 August Poincare got a degree of bachelor of natural science. However, Poincare managed to pass his final examination only with “satisfactory” mark because he had made a rude mistake at the mathematics examination because of his absent-mindedness.

The following years Poincare’s talents began to develop more and more evidently. In October of 1873 he became a student of a prestigious polytechnic school in Paris, taking the first top-place at the examinations. He teacher for mathematics was Charles Hermite. One year later Poincare published his first work in Annals of mathematics, it was about differential geometry.

Judging by the result of 2-years education (1875), Poincare was adopted for college of mines, which was the most authoritative institution of higher education those times. Studying at that college, Poincare under the direction of Charles Hermite, Poincare defended his doctor dissertation. One of the examiners of the committee said that as Poincare was defending his work it turned evident that the dissertation was more than a usual scientific research. It contained enough material to become a source for other dissertations.

Having got an academic degree, Poincare started teaching in Caen city in Normandy (December of 1879). At that period he also published his first important scientific works, they were devoted to auto-morphic functions.

In that very city, Caen, Henri Poincare met his future wife Louise Poulain d’Andecy. On 20 April 1881 they got married. The couple had one son and three daughters.

The originality, breadth and high level of scientific works by Poincare made him one of the most important mathematicians of Europe of that time at once. His works also drew attention of other mathematicians. In 1881 Poincare was invited to take the position of a teacher at scientific faculty in Paris University and the scientist accepted the offer. At the same time, since 1883 till 1897 he worked as a teacher at High Polytechnic Scholl.