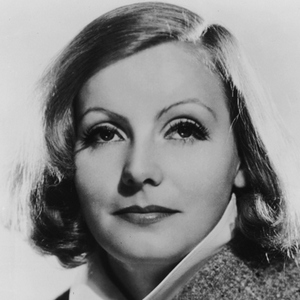 A film star of the first half of the twentieth century, a queen of Hollywood, a sphinx woman, a great Greta Garbo was one of the most mysterious actresses of the world, she left the cinema world at the age of 36. She hated stranger’s views and allowed million to see her on screens. She had perfect beauty, which made everybody believe in aristocratic blood, and manners, which would be honour for any princess. But in fact she wasn’t high birth at all.

A future star was born on the 18th of September in 1905 in Stockholm, in an impoverished Sweden family, and really was named Greta – Greta Lovisa Gustafsson, the youngest of three children of Anna and Carl Gustaffson. The head of the family sincerely loved his wife, a son and two daughters and wanted good life for them, but he didn’t have possibilities to realize his wishes. He worked as a cleaner and made his best to save money for children to learn. Anna Gustaffson had more strict character and made children earn money by themselves, that’s why they didn’t have much time for studying. Greta brought her first earnings home at the age of six – he was arranged to sell newspapers.

In 1918 Carl Gustaffson died because of tuberculosis, and his children had to forget about school forever, and the youngest daughter buried her dream about the stage with her father. For some time she worked as a cleaner in a hairdressing salon, then she was at beck and call in a bank, and at the age of fifteen she got a job of a shop girl in a large department store owing to her attractive appearance. There she gained her first success, but, as it always happens, absolutely by accident.

In 1921 owners of the department store ordered advertising posters for their new collection of hats, but they didn’t invite professional models to economize money and time. They suggested their shop girls demonstrating hats, and, of course, they had chosen the youngest and the prettiest. A shy Greta Gustaffson, to everybody’s surprise, looked the best on photographs, and her photogenic ability was noticed. The girl got an offer to act in advertising, and soon a future actress appeared on screens for the first time – in a TV commercial under the name “How you shouldn’t dress”. There is a legend, that an operator, who according to the fashion of those years used expressive upper light, was very dissatisfied with Greta’ too long eyelashes – they casted deep shadows on her eyes. It is easy to imagine, that five years after he remembered his advice to cut eyelashes with horror…

Awfully beautiful on photographs, Greta didn’t look less advantageous on films. She was filmed in bikini advertising and in some more commercials, and then they started to invite her to play little roles in short comedy films. She turned out to have drama talent: one of her roles helped her to realize a child’s dream, she got scholarship to study in acting art studio “Dramaten” in the Stockholm Royal Theatre.

Her first full-length film was a comedy “Peter the Tramp”, which was shot in 1922. Greta played there in a very constrained manner, the lack of experience was obvious at once, but a Sweden director Mauritz Stiller after watching this film showed striking professional sixth sense. At that time he was searching for an actress for his own film “Saga of Gosta Berling” – for a young, supersensitive actress with mystical appearance. It was Stiller who seriously began to train “an ugly duckling” Greta and managed to make a real swan. They were known as Pygmalion and Galatea in cinema groups – a forty year director made a girl to lose weight, trained her high society manners and correct speech, an ability to dress with style and behave naturally in public. According to the legend, it was Stiller who made up Greta’s stage name, he used a surname of a famous Norwegian opera actress Darbo as a basis.

It should be noticed, that the ground turned out to be fertile – Greta actually had not only a unique face, but a determined character. She managed to look at herself with Stiller’s eyes, quickly got rid of childish hang-ups and turned into a magnificent, dazzling woman.