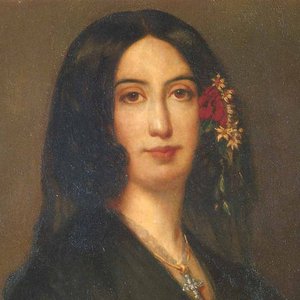 Aurore Dupin’s great grandmother was Maria Aurora von Konigsmarch (1662-1728), a sister of Philippe von Konigsmarch who was killed by the order of Hannover’s Prince Elector. In 1695 Maria Aurora was finding out the reasons of her brother’s death and met Saxony’s Prince Elector, a future king of Poland August the Strong, and she became his lover. In 1696 she gave birth to her son Maurice, but lovers parted before the child’s birth. Maria Aurora settled in the Quendlinburg Abbey and made a popular high-society salon there.

Maurice de Saxe, who was interested in military work since childhood, was brought up by his father. At his father’s insistence he made a pedestrian journey over Europe in very severe conditions: he brought military equipment and ate only soup anв bread. At the age of thirteen he took part in a battle and got a rank of officer. Maurice de Saxe started his career with his father, then he served in Rusiia and France, and distinguished himself in a war for Austrian inheritance.

In 1748 one of Maurice’s lovers Marie de Verier gave birth to a daughter Marie Aurore (1748-1821). As Marie de Verier wasn’t loyal to Maurice, Marshal didn’t include her and her daughter in his will. Marie Aurore appeal to Maurice’s niece dauphin Marie Josephina, seeking for patronage. She was sent to female monastery and given a benefit of eight hundred livres. Marie Aurore was considered to be a daughter of unknown parents, his situation frightened off potential pretenders to marry her. She asked dauphin for the second time to allow her to be called “France marshal duke Maurice de Saxe and Marie Verier daughter born out of wedlock”. The Paris Parliament’s Act affirmed the fatherhood. At the age of eighteen Marie Aurore married infantry captain Antuan de Orne. He got a place of a commandant of Alsatian town Selesta. They arrived in this town in five months after the wedding and on the next day a forty four year old Orne got ill and died in three days. Marie-Aurore settled in a monastery and later he moved to the house of her mother and aunt because of lack of money. At the age of thirteen he married a representative of the main tax farmer in Berry – Louis-Claude Dupin, who was a former lover of her aunt. Dupin’s house was very luxurious, they spent much money on charity, were interested in literature and music. In 1788 Marie Aurore became a widow and together with her son Maurice settled in Paris. In 1793 she bought a farmstead as she believed that life in the country was safer. Firstly madam Dupin, who called herself a follower of Voltaire and Rousseau, was in sympathy with revolution. Her attitude to situation changed when the terror started. For her belonging to nobility she was arrested in October of 1794 and was sent to a monastery. She was freed after events of the nineth Thermidor, and in October of 1794 she with her son went to Nohant.

Maurice Dupin (1778-1808) in spite of classical education and passion for music chose military career. He started to serve as a soldier during the Directory, the rank of officer he got during the Italian campaign. In 1800 he met Antoinette Sophie Victoria Delaborde (1773-1837), a lover of his chief, a daughter of a bird catcher, a former dancer.

They married on the 5th of June in 1804 when Sophie was pregnant with their first common child – Maurice had a child born out of wedlock, and Sophie had a daughter Caroline. On the 1st of July she gave birth to a daughter who was called Aurore. Maurice’s mother didn’t want to admit this unequal marriage, but the birth of a granddaughter softened her heart, although relationship between mother-in-law and daughter-in-law remained cold. In spring of 1808 Maurice Dupin took part in the Spanish campaign. A pregnant Sophie followed him with the daughter. On the 12 of June a son Auguste was born. On the 8th of September the family left the country with felling back army and returned in Nohant. On their way the children got ill: Aurore recovered, but the boy died. Four days after returning Maurice died in accident during his horse riding – a horse run into a heap of stones in the dark.