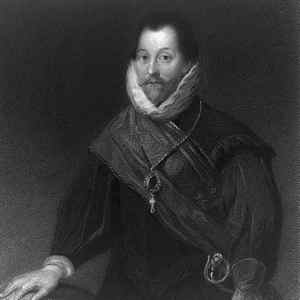 Francis Drake was known in Spanish colonies as El Draque, Drac, Drak (a dragon). His Latin name was Franciscus Draco, and in the English language “Drake” is an outdated form of the word “dragon”.

Francis Drake was born in Crowndale near Tavistock in Devonshire in a family of a farmer (his father’s name was Edmund Drake) who later became a priest. Drake’s family had twelve children and Francis was the eldest. In 1549 Drake’s family moved to Kent. At the age of twelve he became a ship’s boy on a commercial ship (a wooden barge). The owner of the ship who was a distant cousin of his liked Drake so much that he left the ship by testament to Drake after his death, and at the age of eighteen Francis became an enjoying full rights captain.

In 1567 Francis Drake set sail to Guinea and West-India commanding the ship in a slave trade expedition of his relative John Hawkins. During this expedition English ships were attacked near the Mexican fortress San Juan de Ulua by Spanish people and the major portion of ships was sunk. Only two ships escaped destruction – Drake’s and Hawkins’. Englishmen demanded from the Spanish King to pay them for the sunken ships. The King naturally refused. Then Drake announced that he would take everything he could from the Spanish King.

On the 15th of November in 1577 Drake was sent by Queen Elizabeth to the expedition to America’s Pacific shore. The official aim of the expedition was to discover new lads particularly Australia. Actually Drake should plundered Spanish gold as much as he could and returned to England with this freight. Francis directed the flotilla which consisted of four big and two small auxiliary ships (the flagship “Pelican). When he passed through the Strait of Magellan the ships were thrown off by the storm to the south of Tierra del Fuego and thereby he discovered that it wasn’t the part of the Southern continent. The strait to the south of Tierra del Fuego was later named after him.

When the flagship “Pelican”, one of all the ships was washed ashore to the Pacific coast it was renamed as “Golden Hind”. Drake passed along the pacific shore of the South America to the north attacking Spanish ports including Valparaiso and then he explored the coast considerably further north of Spanish colonies approximately near the contemporary Vancouver. On the 17th of June in 1579 Drake landed as it was supposed near San Francisco (according to another version, near the contemporary Oregon) and announced this coast an English possession (New Albion).

After replenishment of provisions and repairs Drake crossed the Pacific Ocean and appeared near Molucca Islands. Then he went round Africa northerly and returned to England on the 26th of September in 1580 bringing tubers of potato and treasure to the amount of six hundred thousand pounds – the sum that was twice bigger than the size of annual income of the English Kingdom. Drake was greeted as a national hero, the queen displayed much kindness to him and conferred knighthood on him. During the next expedition to West-India Drake ravaged the Spanish harbours Vigo, Santo Domingo (on the Haiti island), Cartagena (in New Granada) and San Augustin (in Florida). In 1587 he became famous owing to audacious attack of the Spanish port Cadiz.

In 1588 he was one of the English admirals who whipped the Spanish Armada. After that Drake suggested Elizabeth I that they should return the Portugal throne to outcast by Spanish Antonio from Crato. The English armada which was directed by Drake would occupy Lisbon but they didn’t have siege gun. Drake conducted his last expedition to Wes-India in 1595-1596 with John Hawkins. He died of dysentery on the 28th of January in 1596 near Portobelo (modern Portobelo in Panama). He was buried in a lead coffin in the ocean.