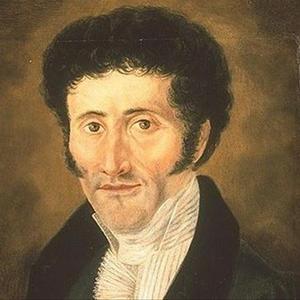 On the 24th of January a miracle, which wasn’t noticed by anybody, happened in Konigsberg: one of the greatest authors of fairy tales, Ernst Theodor Amadeus Hoffmann was born.

The boy was named Ernst Theodor Wilhelm. He was the second child in a family of Christoph Ludwig Hoffmann, belonged to an ancient family of Polish noblemen by birth, and Luisa Albertina Derffer a daughter of a Prussian royal lawyer. Christoph Hoffmann was also a lawyer in a supreme court. He was capricious, dreamy and easily carried away, but his character didn’t do for his wife, who was fanatically pedantic and careful woman, inclined to hysterics and mental illnesses. It is surprising, that they managed to live together for twelve years. But everything has a limit, and Christoph and Luisa parted and fairly shared their children. The eldest boy, Carl, stayed with his father, and a tree year old Ernst with his mother moved in Derffer’s house. Four years later Christoph Hoffmann transferred to Insterburg, and his younger son never saw him afterwards.

Ernst spent all his childhood and youth in his mother’s family, till he was twenty years old. Luisa was always ill, suffered from mental torment and didn’t pay attention to her son. But the future story teller didn’t stay without care: grandmother, two unmarried aunts and uncle-bachelor took care of him. Ernst treated his grandmother kindly, who was always religious and kind, but most of all he adored one of the aunts. Johanna Derffer became his authorized representative and guardian angel – Hoffmann always called her like this. But men’s influence was much worse. Uncle Otto, a smart and not untalented man, considered his duty to bring up his nephew in strictness and piety. His favourite method of upbringing was endless lectures, and that’s why Ernst with his inventive soul thought he was a narrow-minded average man. Though, it was his uncle who accustomed the boy with drawing and painting and found him good teachers.

At the age of six Ernst began to attend a Protestant school, where he found a close friend for many years – Theodor Gotlieb von Gippel, a son of the Konigsberg burgomaster. Both boys were big romantics and mischievous children. When Ernst fell in love with a pupil of female boarding school, which was near the Derffer’s house, Theodor enthusiastically helped to dig an underground passage. When uncle Otto got to know about it, he immediately stopped these disgraceful practices. But boys didn’t calm down and made a real balloon – though it exploded above the boarding school’s court.

The little Hoffmann was considered a miracle in school – his literary talent didn’t form yet, but the boy studied brilliantly, and at the age of twelve he expertly played the violin, the organ, the harp and the guitar. He loved music boundlessly all his life, so as he loved books – in school he read avidly, but preferred adventure stories.

As Ernst was getting older, his relatives less and less admired his artistic leaning – the family wanted him to become a lawyer. When Hoffmann finished school, he was persuaded to get a traditional for Derffers education, and in 1792 Ernst entered the Konigsberg University of Albertina – one of the best German educational institutions. Probably, one of the reasons of that was the fact that von Gippel also entered this university, but Hoffmann wasn’t interested in the science of law. Though, indifference to sciences didn’t impede excellent studies, and he also managed to read a lot, compose music and paint.

Hoffmann’s family wasn’t very rich, and since he started to study he made some money on the side with the help of music lessons. On of his students was a beautiful woman Dora Hatt, who became Ernst’s lover, and though relationships with a married woman, mother of five children, undoubtedly had a tragic character, Hoffmann escaped from dullness of the real world with the help of love. Of course, they couldn’t keep their affair in secret – speculations and gossips were spreading. It lasted for four years, Ernst finished the university, passed the governmental examination and became a judicial investigator in the Konigsberg circuit department.