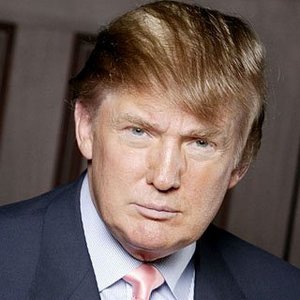 On the 14th of June in 1946 in a New York district Queens a boy, named Donald John Trump, was born. His parents, Fred and Mary Trump, had been married for ten years by that time, and Donald was the forth child in the family. The future billionaire didn’t have to start his business without anything – Donald’s father, a rather successful building magnate, had a pretty good fortune – twenty million dollars.

Everybody could say about little Donald, that he would become a builder – at the age of eight he made a skyscraper from toy building block, which was at his height. He managed to choose such a glue to stick these blocks together, that nobody could take it pieces. Fred Trump, who was a decent but strict man, stimulate this interest, but didn’t approve his excessive liking for family priest Norman Pill’s sermons. As a matter of fact, Donald was interested not in the Bible, but in ideas of “positive way of thinking”, which he heard from Pill – he was impressed with a statement that in order to achieve the aim one should think that it had been already achieved.

However, in spite of the priest’s influence, the boy was notable for detestable behaviour at school, and parents decided, that it would be helpful for “their difficult child” to study at the New York Military Academy. According to Donald’s words, studying in this academy gave much to him, and the main was experience of successful struggle with business rivals. Trump studied rather well in the academy and was seriously keen on sport, and when he finished studying in 1964, he started to think about further education. Trump was more interested in his father’s business, than in other things, and he didn’t want to devote his life to the army service. Firstly young Trump thought to enter the cinema school, but on mature reflection he decided that real estate was much more safe and profitable business. He spent two years in the Fordham University and he considered these years vain. The young man had made his choice of profession very firmly by that time, and that’s why he transferred to the Pennsylvanian University, where in 1968 he got a diploma of the Worton business school. It was noticed in the diploma, that Donald Trump was a bachelor of economical studies and had a specialty in the financial field.

It is curios, that Donald Trump wasn’t an ordinary student. He wasn’t keen on drugs, alcohol or girls,but he studied not for science – his dream was to create his own empire. When he finished university, he immediately went home and started to work in his father’s company “Trump Organization”.

This first Fred Trump’s project, in which his son took part, was a huge complex of one thousand and two hundred apartments in Ohio. This work of “Trump Organization” was financed by the government, because the project was socially important. Building of this complex brought six million dollars to the Trump family. But Donald, while working with his father, understood, that he wasn’t interested in really much money. Father agreed on projects for rich people very reluctantly, fairly considering that such work would deprive him of the governmental support and lower taxes. But Donald wasn’t afraid of taxes and thought that New York could become a golden mine for him. When he returned in his native town, he didn’t live with parents, but rented an apartment in the center of New York, Manhattan – not the best apartment, but in the right place. He understood perfectly, that he could find elite clients only among politicians and eminent bankers, and Donald Trump managed to get a membership in the closed and very prestigious club. In such clubs mad dealerships and incredible contracts were concluded. Membership in such a club gave the young man an opportunity not only to meet trade union bosses, oil kings, successful models, but to feel at home among them.

Though, Donald wasn’t lucky at first. His offers were more perspective in prices, than his business rivals’, but very young age and, accordingly, lack of experience caused doubts of potential clients. Only in 1974 Donald Trump got his first chance, when he won a tender to not a profitable on the first sight buying of a hotel “Commodore” from a railway company. This hotel was in an awful condition, and Donald undertook to restore it, he even got impossible conditions from authorities – he was allowed to pay lower taxes for the hotel during forty years. His talent to conclude profitable dealerships brought the second luck: at that moment company “Hyatt Hotel” was looking for a place for a hotel and accepted Trump’s service. And a restored old “Commodore” turned into “Grand Hyatt”, and the young developer became famous for the whole New York.