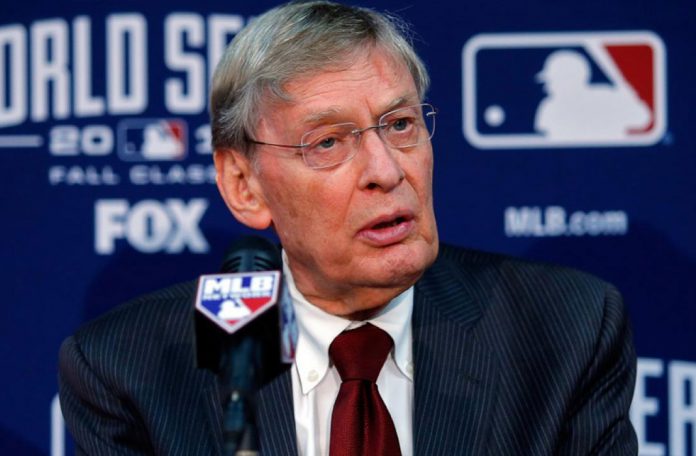 Allan Huber “Bud” Selig (born July 30, 1934) is the ninth and current Commissioner of Major League Baseball, having served in that capacity since 1992 as the acting commissioner, and as the official commissioner since 1998. Selig oversaw baseball through the 1994 strike, the introduction of the wild card, interleague play, and the merging of the National and American Leagues under the Office of the Commissioner. He was instrumental in organizing the World Baseball Classic in 2006. Selig also introduced revenue sharing. He is credited for the financial turnaround of baseball during his tenure with a 400 percent increase in the revenue of MLB and annual record breaking attendance. Selig enjoys a high level of support from baseball owners but has been widely decried by both the MLB Players’ Union for his policies and by the general public for presiding over the game during one of its most contentious periods. Jerome Holtzman, Major League Baseball’s official historian from 1999 until his death in 2008, believed Selig to be the best commissioner in baseball history. During Selig’s term of service, the use of steroids and other performance-enhancing drugs became a public issue. The Mitchell Report, commissioned by Selig, concluded that the MLB commissioners, club officials, the Players Association, and the players all share “to some extent in the responsibility for the steroid era.” Following the release of the Mitchell Report, Congressman Cliff Stearns called publicly for Selig to step down as commissioner, citing his “glacial response” to the “growing stain on baseball.” Selig has pledged on numerous occasions to rid baseball of performance-enhancing drugs and has overseen and instituted many rule changes and penalties to that end.

Selig was previously the team owner and team president of the Milwaukee Brewers. As a Milwaukee native, he is credited for keeping baseball in Milwaukee. In 1970, he purchased the Seattle Pilots in bankruptcy court and renamed them the Milwaukee Brewers after minor league team of the same name he had watched in his youth, which existed until the arrival of the Braves in Milwaukee in 1952. The Brewers went to the 1982 World Series and won seven organization of the year awards during his tenure. Selig remains a resident of Milwaukee.

After a six-year search for a new commissioner, the owners voted to give Selig the title on a permanent basis midway through the 1998 season.

During his tenure, the game avoided a third work stoppage in 2002 and has seen the implementation of interleague play.

Whereas in the past, the National and American leagues had separate administrative organizations (which, for example, allowed for the introduction of different rules such as the designated hitter), under Selig, Major League Baseball consolidated the administrative functions of both leagues into the Commissioner’s Office in 2000. The last official presidents of the NL and AL were Leonard S. Coleman, Jr. and Dr Gene Budig respectively.

On September 11, 2001, Selig ordered all baseball games postponed for a week because of the terror attacks on New York and Washington. The games were postponed not only out of respect and mourning for the victims but also out of concern for the safety and security of fans and players.

After a dramatic conclusion of the 2001 World Series, less than 48 hours later, Selig held a vote on contracting two teams, reportedly the Minnesota Twins and Montreal Expos. This action led to Selig (along with former Expos owner Jeffrey Loria) being sued for racketeering and conspiring with Loria to deliberately defraud the Expos minority owners. If found liable, the league could have been ordered to pay as much as $300 million in punitive damages. Selig was eager to settle the case because the judge had previously ruled that the Expos could not be moved or contracted until the case was over. The case eventually went to arbitration and was settled out of court for an undisclosed sum.