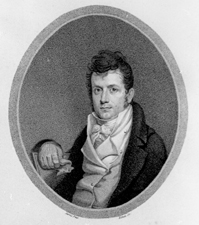 Hanson, the grandson of John Hanson, was born in Annapolis, Maryland, and attended local private schools. He graduated from St. John’s College in Annapolis in 1802. He proceeded to study law, was admitted to the bar, and commenced practice in Annapolis. He served as a member of the Maryland House of Delegates from 1811 to 1815.

Hanson established and edited the Federal Republican, an extreme Federalist newspaper, in Baltimore. On June 22, 1812, four days after the beginning of the War of 1812, a mob that was irritated by his articles denouncing the administration destroyed his office. Only July 28, he reissued the paper from another building, where he was joined by a group of armed allies. When that building was besieged by a mob, Hanson and his group fired, killing two. On the morning of July 29, Hanson and his group surrendered to the militia and were escorted to jail. That evening, the mob stormed the jail, and Hanson was beaten and left for dead. Hanson moved the paper to Georgetown, D.C., where he published it unmolested. Hanson later moved to Rockville, Maryland.

In 1812, Hanson was elected as a Federalist representing the third district to the Thirteenth and Fourteenth Congresses, serving from March 4, 1813 until his resignation in 1816. He was an unsuccessful candidate in 1816 for election to the Maryland House of Delegates, but was elected as a Federalist to the United States Senate to fill the vacancy caused by the resignation of Robert Goodloe Harper. He served as senator from December 20, 1816 until his own death on his estate "Belmont", near Elkridge, Maryland. He is interred in the family burial ground.