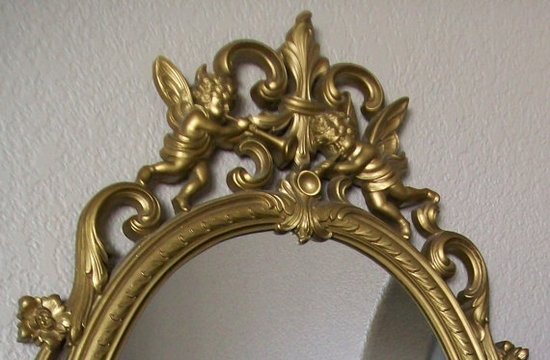 Tell me, my precious mirror..

After the Second World War was over there were started a few legal proceedings, according to one of them, marquis Fornaroli was sentenced to five years of prison for his connections with Nazi. The public prosecutor paid special attention to the mystical disappearance of the marquise’s wife which took place during the occupation. The prosecutor was evidently trying to blame the marquise in murdering additionally, but there was not enough evidence.

A few years after the proceeding, the marquis was set free from prison. just after before he died he told his sister a really mystical story. Sister wrote it down and released her book “the mystery of Fornaroli estate” in 1965. The book contained not only the story of her brother but it also told about the mirror, which was called “Golden angels”.

In September of 1943, at Fornaroli luxurious house, located in nearby Paris area, was a splendid party with orchestra playing for crowds of guests who were supplied with drinks and snacks by restless waiters. There were also a few highest rank officers of Wermacht, but the fact didn’t bother anybody as the marquis didn’t hide his connections with Nazi.

At the moment the splendid fireworks were appointed, all the guests left the house and made themselves comfortable at the garden. Fifteen minutes before the fireworks the marquis finally noticed that his wife was not in the garden among guests. Fornaroli came back to the house and asked a servant if he saw the mistress. As he learnt that madam went upstairs to fix her hairdo, he went to the upper floor and found no signs of his wife, although a maid insisted that the mistress entered the room and didn’t go out. The strange mess by the mirror worried Fornaroli badly. He couldn’t hide his emotions from Standartenfirhrer Wilhelm Fuchs.

Only a few people really knew how powerful that German officer was. Fuchs made only one telephone call and pretty soon the whole territory of the villa was carefully but unobtrusively examined by skillful agents of Gestapo. But the only thing they found out is that the marchioness went upstairs to her room, evidently sat in front of the mirror and used her hair comb and cosmetics. All those things were at the dressing table and the powder was strewn around. The marchioness’s pearl necklace and one of her shoes were left on the floor.

Standartenfirhrer Wilhelm Fuchs demanded that Rudolf Haine, one of the most skillful investigators of SS led the case. Haine studied every inch of the place of assumed crime literally with a magnifying glass. He found traces of the woman’s nails on the massive frame of the mirror; he even found a part of a broken nail.

Three weeks later Fuchs, Haine and a man dressed in civil clothes visited Fornaroli in his estate. The third man was unknown to the marquis. Fuchs even didn’t bother with introducing them to each other before he examined the mirror carefully and ordered to pack it and load in the car. Fornaroli was not offended with such forwardness but didn’t react as he was much more interested in news about the search of his wife. But the news turned out to be absolutely fantastic. 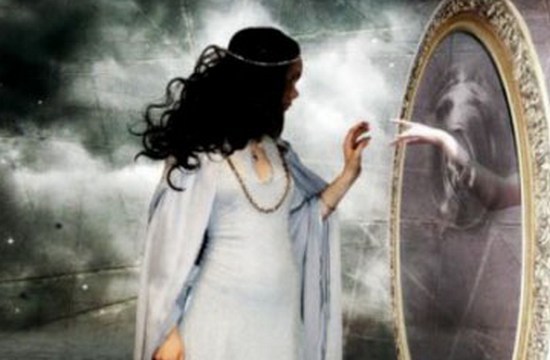 As Fuchs told the marquis, the investigation was led by a group of investigators from Ahnenerbe society, which was a historical and religious organization of the Reich. Answering the question what was the business of the organization, Fuchs said that they dealt with the kind of cases as Fornareli’s was. Later Fornarli, who was already shocked enough, was told that, according to the investigator’s line, his wife was devoured by the mirror that was in her bedroom. To his more surprise he learnt that his wife was not the first victim of the mirror.

The mirror was made by Louis Arpo, who was a craftsman in Paris, in 1743. He was quiу an extraordinary person and learnt how to make mirrors In Venice and somewhere in the East. When he was alive he was suspected to be a member of many secret societies and ascribed taking part in black mass to him. They also suspected Louis Arpo in making the beautiful mirrors with the help of black art. Those times, a person who was suspected in having connections with dark powers would certainly get into jail. Only with the intercession of Madam de Pompadour and strong will of French king Louis XV the craftsman managed to escape the punishment. As for the mirror that was taken away from Fornaroli, it has its own name – Golden Angels. The name was given by the figures of angels used in the mirror frame decorations.

It was impossible to find out all the owners of the strange mirror, but surpassingly the thing started to perform its crimes soon after it was made by Arpo. It turned out the first case was even registered. In the middle of the 18th century the mirror belonged to Kirakos Gandzakeci, who was a French banker. In the beginning of autumn in 1769 Gandzakeci made his way to her sister at her birthday and took his favorite mirror with him. They say the mirror had been damaged while rearrangement; and the banker was evidently going to have it repaired on his road. Unfortunately, the banker was not present at the party.

His carriage was found on the road by the woods. As for Gandzakeci himself, nobody ever saw him since that day, just the same as his coachman. People found a mirror with two angels on the frame inside the carriage. There was no trace of damage on it. According to the legend, the mirror had never been repaired but always looked like newly made. The banker was considered to be killed by robbers and the mirror simply changed its owner.

The investigators of SS also found evidences that the Golden Angels didn’t kidnap their owners in the flesh every time. There were also registered cases when people died by the mirror from cerebral haemorrhage. Totally there were approximately twenty-three people known to be victims of the Golden Angels. Just before Fornaroli bought the cottage, the previous owners’ daughter disappeared from that very room in a mysterious way. 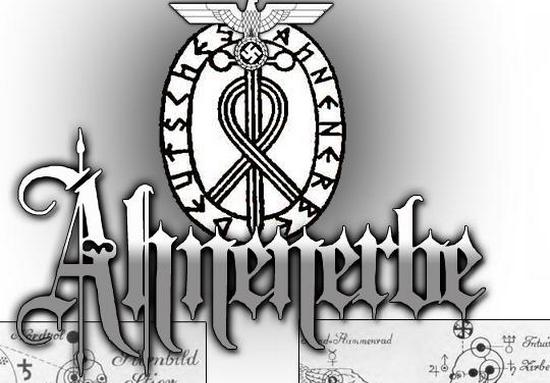 Naturally, Marquis never found out what Ahnenerbe society did with the mirror. However, Golden Angels came to light again only in the end of the twenty century. At least, there was mentioned a very much alike mirror in the case of a few people who disappeared in one room. As a result the mirror was taken to the storage of material evidenced of the Parish Police. But soon it was stolen from the storage. Nobody knows where the Golden Angels may be now, but at the same time the fact that the number of victims of the mirror has reached forty people is absolutely reliable.

Nowadays parapsychologists say that the Golden Angels must be a powerful resonator, which is able to distort light energy into a power that kills people. That is a fine theory but it doesn’t explain why people disappeared.