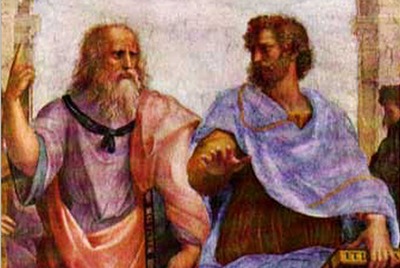 Socrates. A matter of ethics.

When people imagine how a philosopher of Ancient Greece look like we are often inclined to depict in our imagination a noble stately venerable old man, with serious and wise air and deep shrewd eyes. How did Socrates look like? Here he is – people, the contemporaries of Socrates, who had a great opportunity to see him in flesh, described him later as a small, thickset, snub-nosed little man, with his head half bald, clear-flashing eyes screwed up cunningly and eternal sneer on his lips. There was nobody in the whole town of Athens who had a sharper tongue than Socrates. He was that special sort of philosophers who didn’t work in the silence of giant libraries full of ancient manuscripts (besides there were not so many libraries at that time). The great philosopher preferred to work outside: in the streets, in the squares, in the market. Those who didn’t know him by sight often got involved in curious situations since they got caught by his sharp tongue. He could allow himself to make fun of swaggering patricians and dull-witted shallow senators, as well as ignorant and benighted common people from the crowd. But nobody ever managed to make fun of Socrates himself. Even world-famous Aristophanes who made an attempt to make fun of Socrates in his comedy ‘The Clouds’ only provoked the philosopher’s flow of reciprocal mockeries, which soon were quoted everywhere.

The only person who was able to get to Socrates was his lovely wife Xanthippe. When she was too harsh he just ran out of the house from her and had fun in the street disturbing troubled citizens of Athens. Once she threw watermelon peels onto his head when he was passing the house under the window. The only thing Socrates allowed himself to say (necessary thing to do as his followers were watching) was a little remark: ‘Oh, here comes my dinner!’. Xanthippe was extremely irritated by his witty joke and she yelled in his back: ‘That is the dinner you deserve!’. One of the philosopher’s followers who accompanied him that day asked him: ‘Is it worth getting married, after all?’. Socrates had a good answer ready: ‘It is necessary to get married! If your spouse happens to be a good wife then you become a happy man. If your spouse happens to be the kind of woman like my wife Xanthippe than you become a philosopher!’.

Socrates had quite a peculiar ethics. They say that once, as Socrates was walking down a narrow street, he came across with a young man from a very rich family. One of them just had to step aside to give room for another one as there was not enough space for both of them. Socrates gave the young man a polite hint so that he would step aside but the young man answered arrogantly: ‘I haven’t got a habit of stepping aside giving room to every dumb fool I meet.’ It seems as though Socrates expected such a response as he replied merrily: ‘Well, you don’t have such a habit but I do!’. After this phrase he bowed politely and stepped aside. ‘Make way to a fool’ the great philosopher used to say, remembering this funny incident.

And this way the ‘golden rule’ was born, the one which was brought into European culture by Socrates and the one we all know nowadays (but only with a more refined air). The point is that ethic materially belongs to the special philosophical category – the so-called ‘Treat people the way you want to be treated.’

This ethical principle applies to universal values and is characteristic not only of European ethics but also of all the world philosophical systems like Chinese, Arabian or Indian. It is in fact the ground base of any ethical philosophy. Still there occur different situation in our life when we realize that the Socrates way of formulating the principle ( ‘make way to a fool’) is much more suitable.