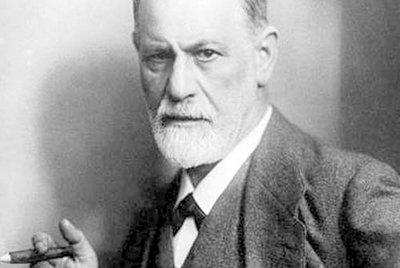 Sigmund Freud, ‘Sometimes a cigar is nothing more than a cigar.’

The expert of the human subconsciousness Sigmund Freud never said a word about his becoming famous and he didn’t allow biographers to seek the details of his early life and reveal his old habits. He kept repeating that people had no right to dig into his private affairs, even though he himself shamelessly rummaged inside other people’s memories, bringing into life most of the brutish instincts.

The professor who revealed to the world the phenomenon of psychoanalysis had quite a trivial biography and his deep desire for becoming rich and indefatigable ardour made it possible for him to join the ranks of the most famous people in the world.

The famous psychologist was born in Pribor, a provincial small town with a peaceful and quite lifestyle far away from the hectic life of the capital. There were not many places of interest: just a bunch of humble stores and several quiet streets, almost 240 kilometers from Vienna. At that time this distance seemed to be great and there was a chasm between these two places. The momentous event of Sigmund Freud being born took place on the 6th of May, 1856. Sigmund was the first child of his mother. For his father it was the third marriage, and it hadn’t been long after the marriage before their first child was born. They didn’t have enough money to make ends meet, and the father didn’t manage to make much profit (since his trade was selling wool). Still there were a lot of children in the family.

The whole family suffered from utter poverty, and when the future scientist was three he had to leave their peaceful town and move with his family to another place in the search of a better life. Soon they got to Vienna, but even there they kept languishing in poverty. The only good thing was that it turned out Freud was very keen on sciences, and the metropolitan lyceum could give a child much more profound knowledge than a simple attendance of a church school. Even though the young gentleman liked philosophy most of all, he had to take into account his origins that is why after finishing his study in the lyceum Freud continued further education and entered the medical university. The medicine was not at all to his liking, but he proved to be a quick learner, soaking up knowledge like blotting paper.

Sigmund Freud’s first scientific research was the analysis of eels’ generative organs. Several years after that his followers liked to tease Freud, claiming that his psychoanalysis had been born as a result of the animal dissection.

One of the most ambiguous landmarks of his life was Sigmund’s efforts to make a fortune by importing cocaine to Vienna. This drug wasn’t thoroughly examined and Freud hoped to discover its features, but the experimenter was too late since his friends had already made a sensation announcing to public that there was a new alkaloid and anyone in need could receive a local anaesthetization.

The money matter was a vital question for poor Freud, he looked forward to getting married and gaining a footing in society, so at this critical point in his life Sigmund needed to take drastic measures and decide what he should do. He found a way out when he got a job of private practice. He started to heal people of the nervous disorder. He wasn’t satisfied with his new job, his own clients irritated him because of their endless complaints, always hanging around and torturing him with the mess inside their head. Freud was actually afraid it could lead to a nervous breakdown for himself! The doctor finally found the solution of the problem. He hated to look people in the eyes (it bothered him most), so he made his clients lie down and close their eyes. He told them it was a necessary relaxing procedure, but in fact he just couldn’t stand staring into clients’ eyes for too long during the session.

Freud’s self-esteem couldn’t have been higher, and actually he made all the methods of psychoanalysis convenient for his needs. He limited the length of the session (it lasted only for 45 minutes) as he had no desire to listen to patients’ long hours complaints. He also introduced the new method called ‘the principle of nonintervention’. His main postulate was total indifference towards the patients’ problems – it helped him to maintain his mental equilibrium.

Freud earned total public recognition and international fame in 1922 and the university of London announced five names of those who proved to be the most genius minds of humanity. The name of the scientist shared an honourable post in the list among Baruch Spinoza, Philo, Memonid and Einstein.

He didn’t in fact enjoy his world repute, he tried to avoid journalists’ attacks, saving the remains of calmness and solitude. As a rule Freud was asked not very ‘convenient’ questions. As often as not the essence of the questions was an undisguised interest in his works on the analysis of human sexual preferences. Once a cunning scribbler tried to catch Sigmund in the net using his own ideas. He wondered ‘Tell me, please, why do you smoke such thick sigars?’. Sigmund answered with a phrase which then became a popular quotation ‘Sometimes a cigar is nothing more than a cigar’.