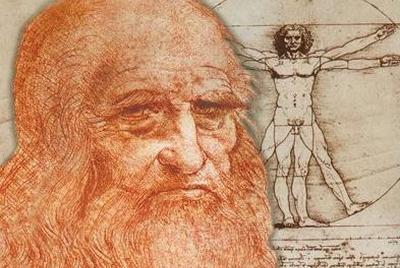 Different funny situations and wonderful and touching stories often happen to great and famous people. Sometimes they precede the appearance of fascinating novels, godlike sculptures or unspeakable pictures, incredibly deep in their context and unbelievable in their realism. The life of a great Italian artist, scientist, mathematician and naturalist Leonardo da Vinci was full of such stories, both funny and tragic. Lots of them occurred in his life, but there is one unique and most tragic story which led to creation of one of the most well-known and popular work of the great artist.

Leonardo da Vinci worked on creation of a mural painting ‘The Last Supper’ for three long years. Besides the work’s significant value, it is quite big in size: 4,5х8,7 meters. The painter had a rather difficult problem to solve while working on the ‘The Last Supper’. The major goal was to succeed in expressing so different and sometimes even inconsistent nature of a human being with the help of the main characters of the mural painting. The image of Jesus was to show the purity of thoughts and aspirations, love and the highest virtue. The images of disciples were to express the humility of mind, the contrition of the heart and conformity to God. The image of the twelfth Epistle Judas, on the contrary, should convey to viewers the sense of self-interest, insidiousness, and on the whole be the Evil itself.

The work was in full string, days and nights the great painter toiled over it until it was finally ready. But there were still two things left to do – the painter had to depict two main characters: the protagonist and the antagonist, Jesus and his disciple Judas. The task was not a simple one. Leonardo da Vinci spent long hours wandering about looking for the right man. He came into every monastery and school church on his way in search of a man whose image could serve to help him in creation of the representation of Christ. Once Leonardo heard church choir singing and he immediately went into the church. He noticed a man there – one of the singers- whose features perfectly fit with the painter’s requirements . The young man’s face expressed kindness, mercy and love. Having made several sketches, Leonardo realized that he had made the right choice and so, some time later, he managed to create the image of Jesus on the mural painting and today everybody knows it perfectly well.

Unfortunately, the painter couldn’t give the finishing stoke to the painting yet. The portrait of Judas who accepts the Master’s bread and wine but who has already betrayed him for thirty silver coins was missing. The master just couldn’t manage to depict Judas in the way he wanted. He was eager to embody in Judas’ face the Evil, hatred and arrogance. He tried more than once or twice but he never seemed to be satisfied with results. Leonardo simply couldn’t allow himself to depict merely an ugly man or express only one feeling reflected in that man’s features. His strict requirement was to depict a face which was the embodiment of each human sins – from envy towards close ones to meanness, betrayal and willingness to murder for lucre. He kept trying, making sketches over and over again but still the portrait of Judas was no good.

One day, when the genious had almost lost faith in his abilities, he was wandering along the narrow Milan streets. Suddenly he noticed a man standing on the side of the road. The man was drunk, dirty and ugly, evidently he was a beggar as he was wearing horrible rags. His twisted face expressed such traits which Leonardo had been looking for during such a long time. He felt his heart filling with joy – he thought: ‘That is it! I’ve finally found it!’. Thus, Leonardo da Vinci asked his apprentices to bring that fallen man to the Monastery of Saint-Mary-delle-Grazie. That was the place where this famous historical mural painting was created. Leonardo’s apprentices exchanged puzzled glances but they followed the painter’s wish.

When the drunkard stepped into the refectory of the monastery and saw ‘The Last Supper’ (which was not finished yet) he grinned and said that he had already seen that painting several years ago. At that time he had believed in mercy and kindness, he’d hoped and he’d loved and some unknown painter had depicted the image of Jesus in his portrait.

Kindness and Evil, altruism and self-love, humbleness and arrogance can be crowded inside one person and can even get along together. The story of Leonardo da Vinci’s mural painting ‘The Last Supper’ only proves one more time that our future and our fate depends only on us and on our choice and our aspirations – we ourselves are responsible for everything that goes on in our life.