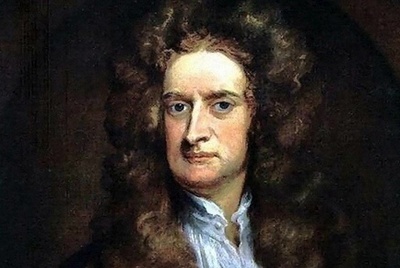 It is common knowledge that great and famous people are often absent-minded and tending to forget about real stuff due to their deep and thorough concentration on solving global matters. Thereby a common myth appears, the myth about crazy scientists who bring into the world fascinating and extremely complicated inventions, but are totally defenseless against severe daily routine.

Sir Isaac Newton, a talented physicist with his own rats in the attic which sometimes came to the light wasn’t an exception. His behavior surprised people around him, and sometimes they even made fun of him.

One peaceful sunny morning the scientist, bearing the burden of the necessity to solve world-wide problems, decided to boil a chicken egg. Naturally, such an easy process didn’t satisfy the great scientist, so he made up his mind to put the egg in water and control the boiling with the help of the measuring apparatus – the watch. Newton did everything according to the instruction in the cookery book. He brought water to the boiling point. Then he measured the diameter of the egg so that afterwards he would be able to bring the size of the product and the time of cooking into correlation. He noted down the time of the immersion and – put the watch into the pan, carried away by the beauty and ideal shape of the egg.

History is silent about the results of this incident. We don’t know whether this contemplation turned out to be a big step towards new inventions, but taking into consideration Isaac’s character we can assume that this experience in the art of cooking was taken into account.

There is another historical tale that is associated with Newton. They say that once he sold the problem of domestic animals entering and leaving the house. Isaac cut out a hole in the door, a hole of the size which fitted his cat. The cat had got a little scampish kitten. The scientist took some time, musing on the problem and comparing the sizes of the two related animals and finally he decided to make one more passage – a smaller one! He was completely relieved as now he had made sure each pet had its own way of getting in and out of the house and he knew for sure that nobody would disturb him during important researches. There is also another version of the tale. According to it, Newton had got not only two cats, but there were seven of them – one big hole for the cat and six smaller ones for kittens. People burning with curiosity asked Newton why the project had been realized in such a strange and puzzling way. Newton’s answer explained the whole thing and it was astonishingly logical. He simply said ‘There is some probability that animals will leave the house at the same time, and I have no time and no desire to take their bodies out of the door entrance.’

However, there were absolutely brilliant projects, which were gracefully invented by the great scientist and successfully improved his lifestyle. Newton’s numerous visitors had to open the gate in order to get to the yard next to the house. This gate was incredible hard to move. One of the guest was stuck for the whole minute in front of the house, trying to open to the gate. When he managed to do it, he hurried to the scientist and complained about this annoying matter. He suggest that they change the gate by something more handy. The scientist answered: ‘Each opening adds to the water tank not less than a gallon of water. Why should I give up such a wonderful and free pump?’

Another interesting trait of Newton’s character is his total indifference and the lost of interest towards something he had already did. He never hurried to publish his surveys, and in case he agreed to publish them he was ready to do it only on condition there were no name of the author in the article. Such behavior seemed quite eccentric. Newton explained that he had no wish to increase his popularity: ‘It makes the circle of acquaintance grow and I don’t really want this.’

Of course, Newton didn’t suffer from all the weird things that according to public opinion are typical for mad scientists in movies. Still eccentricity was one of Newton’s most noticeable trait of character. These short stories describe only his everyday way of life, but it is worth mentioning that he left an ironic trace of oddness in the world of science and big inventions too.

Newton often did some actions not appropriate in high society due to his absent-mindness and deep concentration on his work.

Once he invited several guest and on this occasion he decided to bring the bottle of good wine from the cellar. When he was examining bottles of wine all of a sudden a bright idea struck him. He immediately stopped the process of choosing wine, and headed to the laboratory where he stayed until the dawn. All the guest waited for the host to return for the whole night but in vain…They left without tasting the marvelous wine Newton had promised to treat them to.

It is an interesting fact that Newton was quite self-conceited but rather steady and even-tempered. We can even claim that he was a man indifferent to anything that happened outside the world of science and inventions. There was no sense of annoyance in him, but he absolutely lacked a sense of humour. His contemporaries noted that they never saw him occupied by emotion, neither positive nor negative.

They say that when a famous apple fell onto his head he wasn’t surprised at all. He took a good bite of the apple and headed to the laboratory. Isaac told everyone afterwards that he deduced his formula of universal gravitation on the basis of Kepler law. But the scientist’s worshippers liked the story about an apple more, that was why that garden tree was carefully looked after and withered only when several years after a curious incident had passed.