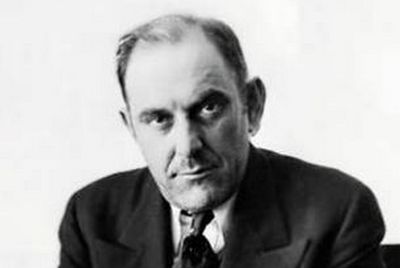 Victor Lustig is rightfully considered to be one of the most greatest frauds in the whole world history. This talented shady dealer not only made up a multitude of various crafty tricks, but also he practically managed to master perfectly five different languages since he needed to resort to using them for his ‘business trips’. He was arrested fifty times on the territory of the United States, and each time he was released right after the arrest because of the lack of evidence, either direct or circumstantial. This owner of forty-five pseudonyms managed to organize lots of quite successful fraudulent lotteries until the beginning of the First World War. After he moved to USA he succeeded in swindling out a large sum of money (as a matter of fact, several thousand dollars) from local citizens and even from banks during several years. His followers, inspired by his example, started traveling now and then to America and making money on weekends, tricking everyone they came across with out of their money. It is worth mentioning that finally Victor Lustig was caught in flagrant and he was put in prison for fifteen years.

There is no doubting that the most grandiose of all Victor’s shady transactions was selling a most famous building the Eiffel Tower. How did it happen? On a sunny may of 1925 the great shady dealer arrived to Paris in search of a new prey. He read in one of the local newspapers that the tower became dilapidated badly and that was why it needed repairing. Readers grieved for a moment about this sad news and soon forgot it, but our trickster made up his mind to use this event to suit his own ends.

He wrote a false telegram, in which he called himself the deputy of the head Ministry of Post and telegraph, and them he sent several officialized letters on behalf of the Ministry to six big players of the market of ferrous metal.

Victor Lustig invited these businessmen (who by the way suspected nothing) to a very gorgeous expensive hotel, where he was stating himself. He told the businessmen a pack of lies about the Eiffel tower and how difficult and costly it was for him to keep it. He announced that because of all that the government made a drastic decision to pull down the Eiffel Tower and then sell the scrap metal within the sphere of sealed-bid auction. Naturally, the ‘public officer of high rank’ asked his interlocutors to keep this confidential information in secret. He explained that nobody wanted to disappoint the general public because it was very attached to this local attraction.

After the lapse of some time he sold the Eiffel Tower and the right to utilization to one of the businessmen, Andre Poisson, and after that he immediately left Paris for Vienna with a big suitcase full of money. Victor Lustig managed to get away with this machination, which appears to be one of the most popular of all his intrigues and schemes, since the buyer was too embarrassed to admit about the incident – he realized that the trickster made fool of him and he had no intention to feel like a fool and to let the public know about it so he just passed over in silence and never said a word about being tricked. Therefore Lustig lost his head once and for all, succumbed to temptation and retuned to Paris. There he sold the tower to some smarty fellow acting according to his previous scheme. But the second time not everything went so well: a deceived businessman wasn’t afraid of the public’s contempt and he went to the police.

So Lustig had to travel to the United Sates urgently. There, in America, the great shady dealer was finally caught (with a little bit of delay though) and justice prevailed. Victor Lustig was sentenced to ten fifteen years in prison. But we can surmise with every reason that Lustig could just sell the Alcatraz prison where he served his sentence if he wanted to.