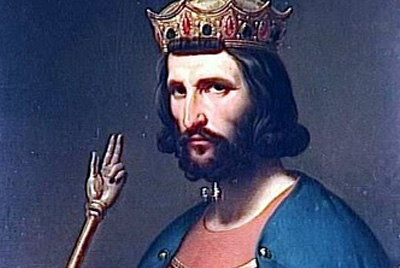 While he was ruling, Hugh Capet, the king of western Franks of the end of the first thousand years, decided to reform the judicial system of his kingdom. Although, the kind was known not only for that reformation, while reforming he happened to bring in the phrase “advocatusdiaboli” or Devil’s advocate.

Nowadays the phrase is used in other meaning, not similar what it originally meant.

There was a most interesting juridical case at that time, and it was successfully used by particularly deep-rooted criminals and confirmed slyboots. If a defendant announced during the hearing that he was actually innocents and it was the devil, who made him do it, the trial was finished with that. Indeed, that meant that you could said that it was the devil’s work, and they set you free at once.

The reasoning of the judges of the Middle Ages was rather simple: if the devil moved in person, even temporary, it was the devil who was guilty but not the person, who was not to take the responsibility. It was clear that there was no way to punish a defender in that case. Eventually, that was the time when a judge could not afford to announce that spiritual mysticism was absolutely inappropriate.

In order to solve that problem, Hugh Capet appealed to the Rheims archbishop Adalberon, and with his help got the permission from the Catholic Church to include one more obligatory member for the court, a priest. It was rather silly to mention the devil’s interference since that. Once a criminal mentioned the devil’s interference, the priest joined in the hearing. The criminal had to answer absolutely specific questions:

– What was the appearance of the devil, which moved into you? What was the color of his foul hair? Can you remember the lent of his tail? Did he have fangs? What was his shape of the nose?

After fixation of the defendant’s answers in the report, the priest thought over the question and made his summary. Usually his decision stated that all the marks, described by the defendant, were far from his real appearance. Those priests were called advocates of the Devil, as their aim was to prove that it was not the devil to take the responsibility.