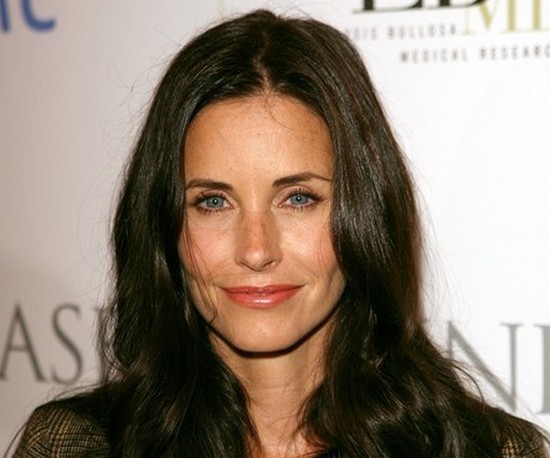 Famous actress Courteney Cox, who was one of the stars of “Friends” serial, recently finished repairing her new house in Malibu. To be more exact the house should be called a mansion – this is a vast attractive two-floor building located on the coast of the Pacific Ocean. Its territory is approximately two acres of land in California State. The building is located in a very comfortable place, on the top of the rock near the sea, that is why it is inaccessible for curious idlers. The actress purchased the estate after he divorced with her husband David Arquette. The previous house, which the couple offered for sale, was called “almost ideal” by Courteney, it was located just near the beach and was often the object of people’s interest. The fact irritated the actress who wanted seclusion. The new place was an excellent find for the meticulous and captious, just the same as her character, star. But the mansion had one lack – the building, made in the middle of 20th century looked rather dismal, shabby and unattractive. The previous owners preferred dark colors both outside the house and inside in its interior. The actress who was used to vast and bright rooms could not stand it. That was the reason the full reconstruction took place son after purchasing, both in the inside and outside the place. 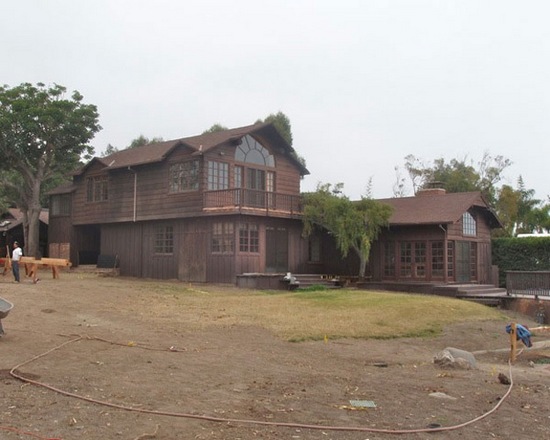 The previous house of Arquettes was made by a famous American architect John Lautner, who had made a lot of residences for famous people in California. Courteney said the previous house was the most amazing place she had ever lived in, but she was not going to copy it. “I decided that the new house must be absolutely different” – said the actress. That was the reason she hired architect Michael Kovac, who created the plan of reconstructing the mansion and designer Trip Haenisch for creating interior design. Besides that, the actress didn’t keep aside as she had been fond of architecture and design since her childhood and had exact vision of the ideal place of living for her. She kept an eye on all the works and controlled the process of reconstruction, making exact instructions. The actress admitted that the decoration of the previous house was beautiful and interesting in its own way, but she had a very captious and particular taste, which demanded special transformations. Persistence and accuracy of Courteney is praiseworthy and admirable, but it was not easy of the workers. They said that Courteney made them recolor the grass of the tennis-court ten times until the found the perfect shade. But it was evidently an exaggeration, according to architect Kovac’s words, the actress didn’t ask to recolor the grass, she just wanted to find the right shade before coloring and the whole group had to spend time mixing different paints to make the matching one. Courteney needed the ideal color and she got it. 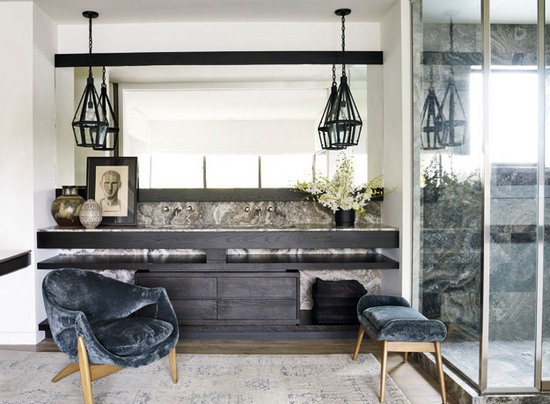 She was not less captious in choosing colors for rooms. But as the result they had the ideal resort house for the actress and her daughter. The cottage had everything needed for comfortable living: the main building, a cottage for guests, tennis courts and a swimming pool with ocean water. The main building has four bedrooms, one vast hall, a patio with a table-fireplace and five bathrooms. In addition to that, they organized a small kitchen by the swimming pool with a window for hot-dogs, just for karaoke-parties by the pool. Near the slope to the ocean was made a pictorial place for morning coffee with soft sofas and a fireplace. 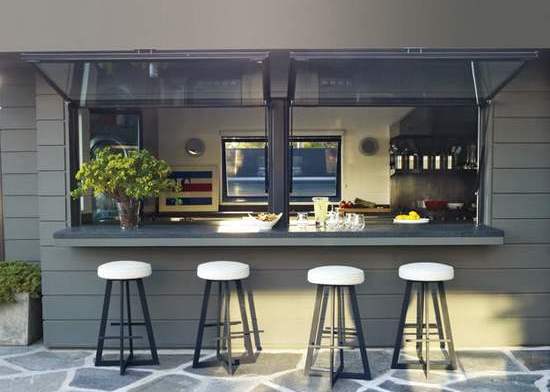 But the most impressive effect is given by the interior of the house: the actress has a really good taste and certain talent in design. Rooms are rich in bright tones and make the place lokk very vast and clear. 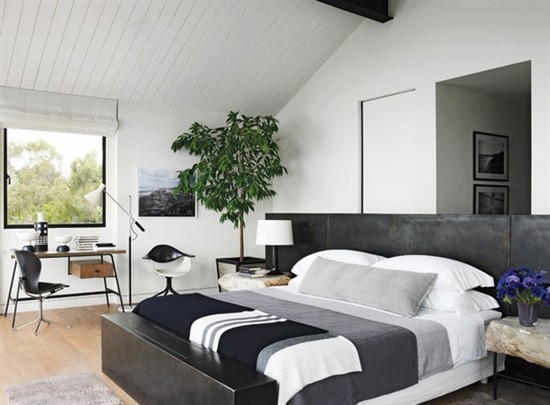 The floor is made of stone, remaining paved sidewalks. Windows of the house are vast and face the ocean side, making an impression of a huge tent by the coast. The furniture and decorations match the interior in an ideal way and are made of only natural materials. Wood is a great match to a tent-looking house. Generally, the house looks very comfortable, modern and elegant. 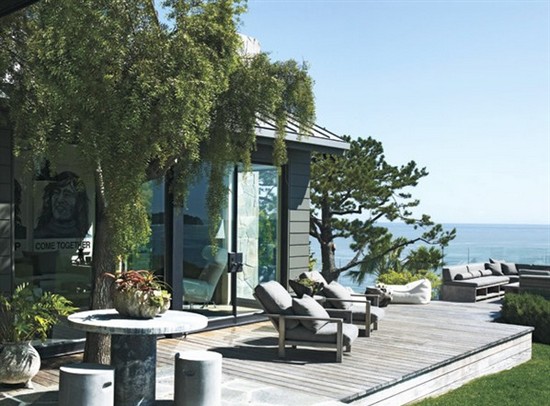