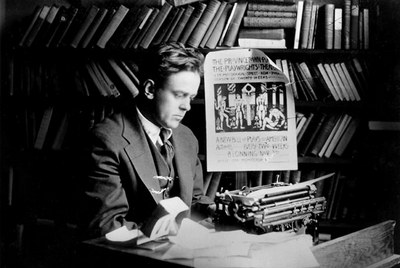 It doesn’t matter if we are at good terms with chemistry or not. Anyway we all know perfectly well the smell of mercaptan. Don’t make haste and make conclusions too fast– it is not the worst thing that you can expect from chemical reactions. It is mercaptan that is added to the natural gas so that it can smell it when there is leakage. But the percentage of mercaptan is extremely low (one hundredth percent). And now let’s imagine the intensity of the smell of this substance if there is a whole gramme of mercaptan. The smell of hydrogen sulfide is also very widely known (it’s a smell of a very rotten egg) and lots of other odorous substances, which have their own characteristic smell. We suddenly remember the existence of such substances when the smell is everywhere and we can’t but wrinkle our noses at a strong foul stink.

So, considering all this, there is only one thing left to do: we can only feel sympathy for poor chemists and their ‘stinky’ life since they synthesize extremely fetid substances with nauseating smell and have to deal with them all the time while working. There is one curious moment concerning this matter- William Henry Perkin the junior during his work with amines (amines emit a horrifying smell) was wearing his casual clothes. When the professor finished his work he forgot to change so his clothes were all saturated with rotten trash and the poor thing was kicked out of the bus when he got on it! Nevertheless scientists never pay much attention to such annoying trifles – the work of chemists is full of incidents like this one. There occurred some even more disturbing accidents which nowadays can be equaled to chemical terrorism.

The professor of chemistry in the university of Saint-Andrew’s John Reed was an exceptionally obliging person and he delved into every detail. As soon as he defined his goal he tried to achieve it without stopping regardless of foul smells or any other obstacles. He recorded in his diaries the details of work in the laboratory of Cambridge – and all the funny and curious incidents that happened there.

The laboratory was named after a very famous chemist William Jackson Pope. He accomplished his greatest achievements in the sphere of stereochemistry – the study of the special atoms arrangement. Thanks to his discovers we know nowadays that the coupling of carbon which are connected with four different atoms can exist at least in two forms. As a result, one and the same substance in different forms polarizes the light differently and turns the light to the left or to the right. William Pope’s interest in optically active substances encouraged him to research the chemical property of hydrogen sulfide. The smell of hydrogen sulfide is well known and it isn’t great pleasure to work with it even if you have got a fume hood. Nevertheless William Pope went further and changed the atom of sulphur in sulphur to selenium – the professor really wanted to know if the atoms of hydrogene selenide were optically active.

The smell of hydrogene selenide exceeds the stink of an extremely rotten egg manifold. Berzelius researched hydrogene selenide in his laboratory and after that he came home to the apartmebt he rented. The owner of the apartment, a lady of middle ages, was absolutely sure that the scientist ate only garlic.

So, according to John Reed’s words, there was held out an experiment under the direction of Pope. The joint of selenium was placed inside a thick-walled glass tube, and the hydrogen was percolating through this tube. The reactor was heated by Bunsen’s burner in order to accelerate the reaction of hydrogene selenide generation. The received hydrogene selenide mixed with pure hydrogen was pumped through the solution of caustic soda in alcohol. Several more reactions and chemical agents led to the appearance of the special substance. Its smell was so strong that the chemists had to take the experiment up to the roof of the building in spite of the presence of the fume hood. The stink was so indescribable that the experimenters had to settle on the windward side and still as the speed of reaction was intensifying the stench became almost intolerable. The efforts to use consolidator (potassium permanganate ) didn’t save the situation – and so wind spread this wonderful odour all over the neighborhood.

We should mention the fact that the experiment concurred with a big event in town – a special holiday in Cambridge in honour of one hundredth anniversary of Charles Darvin (1909, June). There were a lot of people celebrating the holiday – in front of the laboratory, in gardens and in parks, but unfortunately they had to stop all their picnics and tea drinking. A foul stink of the chemist’s experiment was everywhere and it spoiled all the fun. People rushed to their house hoping to find refuge but it was og no use since even inside buildings they couldn’t escape the annoying smell. A day later the wind direction changed and it started to blow in the direction of Saint-College. Peple stopped celebrating there also. The experiment put the mockers on the whole holiday. John Reed claims that the whole town stank! Citizens tried to hide but there was no escape from the foul smell – neither in trams nor in cafes or at home…

During several days people kept discussing about the mysterious stench, there were a lot of rumours in private conversations as well as in local newspapers. Taxpayers didn’t want at all to breathe that unknown nauseating stink, but they couldn’t find the way to fight with it. So the only thing left to do for them was to write shoals of angry letters to public officers. Merchants had to close their stores, offices and bureau, their employees all at once took some days off for vacation – but they didn’t know how many days would pass before their returning. Still, some time later the truth rose to the surface and everybody got to know what really had happened when they read an article in one local newspaper. The ‘Cambridge Daily News’ published quite a scandalous article with a headline: ‘What were we breathing? No sewage involved – it’s the guilt of the Science!’.

At last everything came to peace, but Pope and Williams just had to continue the experiment and carry it out till its logical end. The chemists thought for a while and made up their minds to keep the stinking experiment in moorland. One of the farmers in Waterbeach (who was actually interested in chemistry himself) allowed the experimenters to carry out the experiment in his lands. In the beginning the farmer led the scientists to dunghills in order to show in which conditions he worked. The chemists clicked their tongues and looked in wide-eyed astonishment because the stench around dunghills was inconceivable. But evidently the farmer underestimated the science of that time! He gave Pope and Reed a ride on his boat down the river Cam with all the necessary equipment and chemical reagents. The farmer took an active participation in preparing the apparatus for the experiment, but as soon as the reaction began, he seemed to have realized the true power of science since he hastily retreated from the stinking place back to safe and harmless dunghills – he was much more accustomed to their smell.

John Reed witnessed that during the experiment a small herd of cows, the animals accustomed to the smell of dung, gathered together not far away. They witnessed the process and actually they seemed to take great interest in chemical reactions. But unfortunately besides cows and the chemists there were a lot of people that day, having a rest floating down the river on their small boats. Slowly but inevitably the products of chemical reaction spread downstream and idle holidaymakers lost all their wish to row in such an excited way. The most curious fact was that suddenly hundreds of insects appeared near the reactor, and the air was filled with these little creatures. Dozens of them burned in the flame of the burner, but still other waves of winged gourmet flew near the scientists, trying to penetrate inside the reactor. Insects just couldn’t help it! It was quite an enthralling sight! Tastes differ, and for some reason those insects loved that new delicious smell. Unfortunately, the professors had to stop the experiment. Not only because of the fantastic odour or the invasion of glutton insects. The lack of time and the necessity to carry out other experiments (even more important ones) affected the fascinating process.