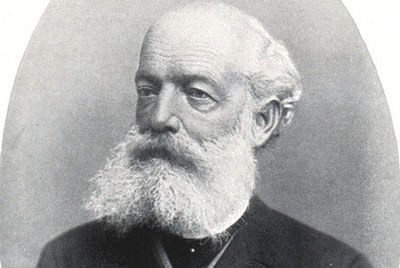 August Kekule – the prophet of the organic chemistry

It is widely known that there exists a special state of mind and body – a borderline condition between sleep and reality. A man immersed in such a condition is able to solve lots of difficult problems with a clear mind and even can see what the future holds. Psychologists suppose that this condition depends on how much your subconsciousness is uninhibited and how tightly it is connected with your consciousness. Evidently, many seers and prophets (the true ones, we’re not speaking about swindlers and shady dealers) often resort to this effect but this sphere is not thoroughly investigated. Data about flashes of inspiration which prophets and even an average man from the crowd can experience is vague and unproven, in comparison with the abilities of the great scientists. Their achievements and inspirations were fixed in documents, they predicted and prognosticated new areas in science and technology. One of such geniuses subjected to inspirations was August Kekule, the founder of the structural chemistry of organic substance.

It follows from his name – Friedrich August Kekule von Stradonitz – that he is not a man of the common people. He was born in 1829 in Darmstadt. During his study at the gymnasium August stood head and shoulders above other students and proved to be a quick learner. Still just like any children of his age, he was quite mischievous and liked to play some tricks on the basis of chemistry knowledge. After graduating from gymnasium Kekule entered the university of Giessen. It is most interesting that fate brings great people together as though they belong to the special circle. Kekule studied at the university together with the future star number one in the science of organic chemistry – Justus von Liebig.

August Kekule during his study didn’t suffer from the bacillus of constancy – he studied in the universities of France and England in turn. Some time later he was offered to get a chair in chemistry in Ghent university. In 1865 the scientist gave up his post and left Ghen for Bonn. There, in Bonn, he lived for the rest of his life.

The researchers of the science with one accord confirm that Kekule made almost all of his famous achievements only thanks to his dreams. It sounds really weird but in fact the scientist’s dreams influenced cardinally the subsequent science developing. For instance, they say that Kekule had one of those brilliant inspirations when he lived in England. It was the most significant inspiration he had ever had. At that time the chemist lived in the suburb of London, Clapan and he was on friendly terms with Hugo Muller, a German by origin. The two friends used to gather together and had frequent discussions about the chemistry matters – basically, they considered the matter of the structural composition of molecules. These questions were the most interesting ones for Kekule. At that time people didn’t know much about volumetrical structure of the chemical substances. The scientist just couldn’t imagine how the molecule which consisted of five atoms of carbon and twelve atom of hydrogen. One time after the meeting with Hugo Muller Kekule was returning home by the late omnibus. The weather was warm and he made up his mind to go to the roof of the omnibus. The scientists had a vivid vision, a bright inspiration right there on the roof. He explained this way: there was deep pensiveness and permanent whiling of the chemical elements in his head. It looked like it was an incessant and quite chaotic dance of atoms. Suddenty the chaos came to an end, the puzzles went together and then the magic started – a picture which the scientist carved into his mind in fear of forgetting it.

Small atoms formed pairs, these pairs were captivated by the bigger ones, and those bigger atoms formed whole chains, linking new pairs to themselves. The cabman shouted announcing the next stop and it interrupted the process. The scientists fell out of the trance and found himself sitting alone on the roof meditating. He immediately got of the omnibus and rushed home, forgetting about anything else but his recent discovery. He spent all night long writing, deducing formulas, which afterwards became the basis of the Kekule’s structural theory of the chemical substances.

Just like all the other chemists of that time, Kekule knew perfectly well that the atom of carbon is quadrivalent. That means that one atom of carbon atom can connect with four of his kindred (nobody knew nothing about paired association then). It was Kekule who (as a result of his brilliant inspiration) ascertained that pentane C5H12 could exist not only in one, but even in three forms due to the changes of connections.

Another inspiration which influenced a lot further fate of chemistry happened to Kekule when he was in Ghent. He was extremely interested in three-dimensional circuit of the molecule of benzol. Benzol belongs to aromatic hydrocarbons and was quite interesting to investigate for the chemists of that time because the synthesis of multitude of organic substances, natural as well as synthetical begins with it.

At that moment Kekule was writing a new chemistry textbook, but he was permanently distracted by his own thoughts, so that was why he made a very slow progress. The chemist threw away a feather and turned his armchair to the fireplace. He soon fell asleep without noticing it. The atoms dancing madly appeared in his mind again – but this time different groups of atoms acted differently. They were united in chains, wriggling and creeping in front of the chemist’s inner sight. All of a sudden one small curve (a winding line shaped like snake) caught the tail as though it was an uroboros and danced right before the scientist’s eyes.

Kekule emerged from sleep and rushed to the desk. A sleepless night was ahead waiting for him, he had plenty of time – his feather wrote monograms of chemical formulas, which then would become a revelation for all the chemists in the world. The insight which visited Kekule that night, let him know that benzol is a cyclic molecule, and that six of its atoms are united in hexagon, and the figures in the corners are the atoms of hydrogen. A genius enlightenment!

It explained a lot of incomprehensible facts in the sphere of the chemistry of organic substances. Even Adolf fon Bayer, not the smallest name in the science of chemistry, was ready to trade all the achievements he had accomplished in the field of science for this one particular revelation – the Kekule’s insight into the structure of molecules. Adolf von Bayer appreciated this achievement very highly – it was a new giant leap in chemistry.

But also there were some casus worth mentioning. Nowadays we see it like a good joke to laught at. At that time freudism was extremely popular in high society, and Kekule’s wonderful snake-shaped atoms suddenly acquired an air of quite depraved sexual fantasies of human mind, fevered by science. To say nothing of the fact that the professor preferred solitude and he saw his legal wife exceptionally rarely. But we should point out that back then people could interpret anything from the point of view of freudism.