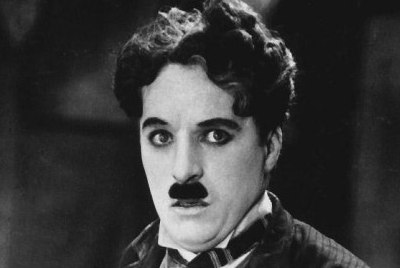 Charlie Chaplin is rightfully considered to be one of the most distinguished cinematographer in the world. His creative work was highly estimated and even nowadays most acrimonious film critics think highly of Charlie. He was repeatedly rewarded with prestigious prizes and he appears in the lists of the greatest actors in the whole history of cinematography with great constancy. Viewers loved him with all their hearts, and they still worship “the tramp”. The following funny incident proves the actor’s grandiose popularity.

It was the time when it wasn’t disgraceful for the actor to use public transport. Once the great comic actor Charlie Chaplin went home by the New York subway. When he arrived home, mister Chaplin was surprised as he found somebody’s gold watch which had miraculously appeared in his pocket.

He was puzzled, trying to guess how could this rather costly thing got into his pocket. Since Charlie had no clue he couldn’t find the answer. So the actor made up his mind to take the watch to the police station. The next day the answer to this riddle was found. A postman delivered to Chaplin an anonymous letter.

‘Dear Mr. Chaplin’ it said, ‘Apparently you wonder who is writing this letter. I am a professional pickpocket. Yesterday I managed to steal from somebody a magnificent gold watch when I was in the subway. But then I noticed you in the subway, and instantly I decided to give it to you as a gift. So I secretly put the watch in your pocket.’

New York policemen tried hard to find this elusive pickpocket, but all their efforts were in vain. A thievish Charlie Chaplin admirer vanished into the thin air. The police didn’t succeed in returning the stolen property to the true owner of the gold watch as it couldn’t find him anywhere. It was a Solomonic decision to return that ill-fated watch to the comic actor.

Due to its originality the story became popular in one day. It became known among the press and in no time captured the headlines in the newspapers of New York. Soon after this sensation in mass media Charlie Chaplin received another letter. There was no address and no names. It said ‘Dear Mr. Chaplin’ the sender began just like Robin Hood in the subway ‘About a year ago I was in the New York subway and someone stole my gold watch. I was very furious about that but now that I have written that the thief presented it to you I want you to keep it. I am a big fan of your movies, so that is why I’m also sending you a gold chain that would match the watch.’