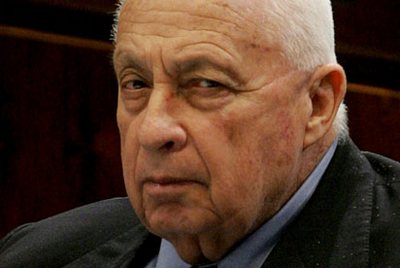 Everyone, even a small child knows perfectly well what ‘Ariel’ means – of course it is a powdered detergent of a rather high quality which was advertised broadly in mass media. The appearance of this obtrusive advertisement on television made all of us develop hatred towards advertising, washing and other annoying and tiresome things. But as we grow older, we get to know what ‘Ariel’ may also mean. There exists another ‘Ariel’. As a matter of fact, ‘Ariel’ is also the name of a very distinguished politician from Israeli known as Ariel Sharon. This person played a very important part in the development of Israeli-Arabian relationship.

During one of the meetings of the General Assembly of U.N.O. Ariel Sharon was given floor. At that time one of the most urgent questions was a very complicated matter (which in fact annoyed everyone) of territorial belonging of the Gaza Strip. Ariel started his speech in quite a nonstandard way: ‘Before I begin my announcement’ – he told the audience – ‘I would like to tell you one extremely instructive story which concerns today’s question on the agenda.’

This ‘extremely instructive story’ and quite a topical problem at the same time turned out to be an episode of Moses’ life. As we remember, in Bible days this severe prophet led his long-suffering followers all over the desert during forty long years. And the curious fact is that this desert was situated right on the territory of contemporary Gaza Strip. The content of a parable was the following: ‘During torrid heat everybody was dying to drink some water. Tormented by thirst they wandered days and night in search for water. And finally one wonderful day Moses and his company found what they had been looking for – an oasis with a spring and pure diamond-white and clear as crystal water. When burning with thirst people drank cold water ,slaked their thirst and fell asleep peacefully, Moses made up his mind to go for a swim. When he got out of water, he discovered that all his clothes had gone missing. He had no idea who could stole the clothes.

Sharon declared, summing up the information: ‘Thus, I’ve hot the ground to suspect Arabians to play the dirty trick…’ Suddenly he was interrupted by Yasir Arafat, who also was present at the meeting. ‘Stop, stop, stop! – shouted he indignantly. ‘It is bald-faced lie! We weren’t there at all when it happened…’ Sharon smiled at these words and said, screwing up his cunning eyes: ‘Well, shall we begin with what you have just said?’